Aubameyang mistake that saw Barcelona being eliminated from Europa league

By Oziljeph (self media writer) | 9 months ago

Former Arsenal Captain Pierre-Emerick Aubameyang has been one of the best winter signings in all of the Europe despite failing to deliver at Emirates. Since his arrival at Camp Nou, he as stood out in Spain and becoming one of the best goalscorers five major leagues.

Aubameyang failed to score 28 games out of the 40 matches that he played and was struggling very much to find the net before leaving on January. Aubameyang four-year stay in north London netted 92 goals in 163 games and won the FA Cup in 2020.

By scoring against Levante, Auba took his tally to ten goals in 14 games for the Catalan club, with the 32-year-old continuing to prove his doubters wrong at Arsenal.

Yesterday was another day that Auba failed to deliver after failing to score a open chance that saw Barcelona being eliminated from Europa by Frankfurt at Camp Nou. They suffered 3-2 defeat.

A brace by Filip Kostic saw Frankfurt through into the Europa League semifinals with a resounding 3-2 upset victory at the famous Catalan arena, making it 4-3 on aggregate.

The few chances Barcelona did create costed them after failing to convert them with Pierre-Emerick Aubameyang missing the biggest opportunity just after halftime. 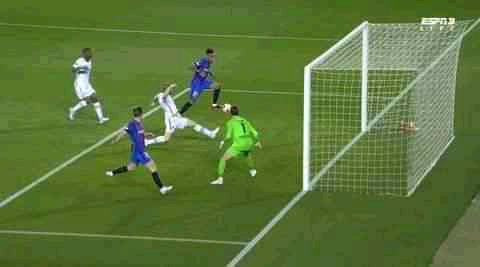 Aubameyang was eventually substituted for Adama Traore after that which left him with no chance to atone for the mistake he had done. 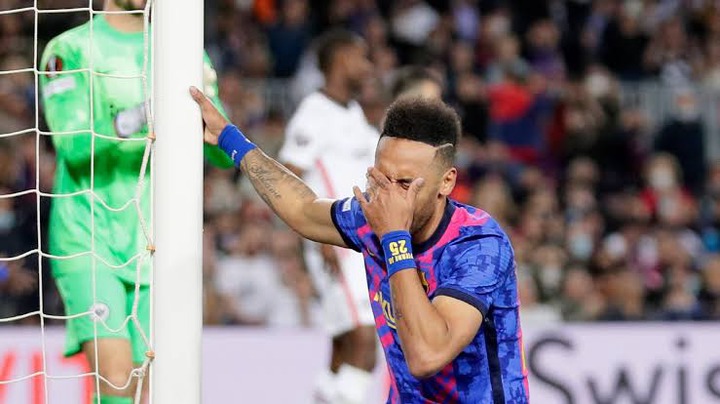 Frankfurt will face West Ham United, who knocked Lyon in their quarterfinal matchup, with the first leg set for April 28 and the decisive second on May 5.

Content created and supplied by: Oziljeph (via Opera News )