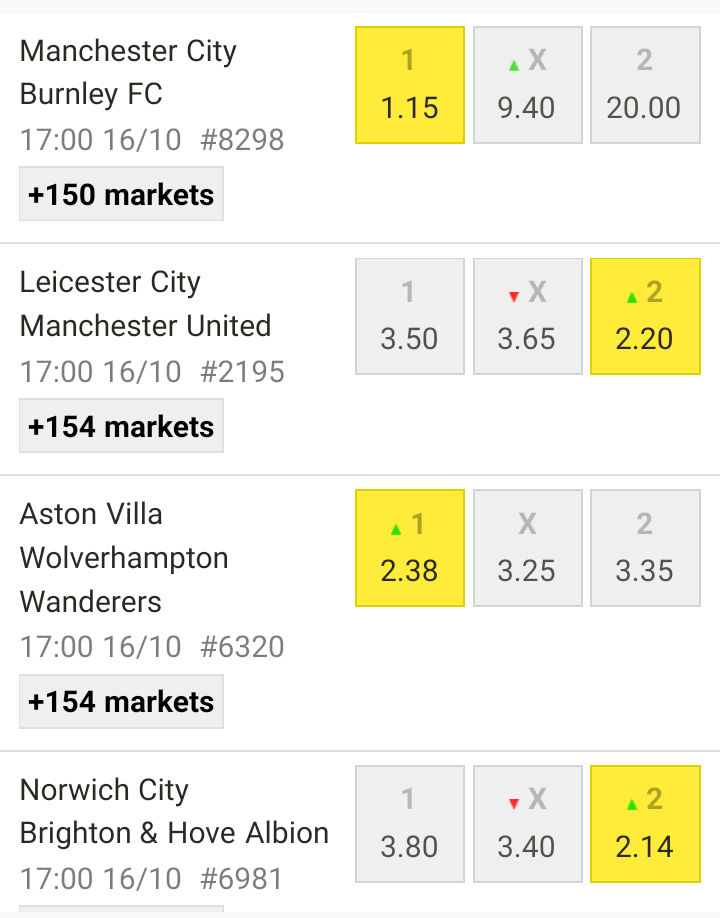 The following are today's well analyzed hot fixed Matches from a reliable source for super win.

Liverpool to win 4-1 and Muhamed Salah to win anytime.

Liverpool are the only unbeaten team left in the premier league and they have four wins in five away games in all competitions. Furthermore, they have scored at least three goals in all of those Fixtures.

Manchester City to win 3-0 and Riyad Mahrez to score anytime.

Burnley have conceded 30 goals in eight meetings with city, losing 5-0 in four straight visits to the Etihad. Subsequently, Manchester City have Scored 22 goals in their five home matches this season.

Norwich picked up their first point Of the season last time Out but they still Remain bottom of the pile.

Both teams have scored in three of Manchester United's four away games in all competitions.

Leeds made a difficult Start to the season, but it was hard not to see things turning around for them. However, Southampton have failed to score in three of their last four.

In this case, Celtic have lost Only one of the last four matches and they have won Each of their last eight games against Motherwell.

Hearts have won only one of their last Three away games across all competitions while rangers have won six of their eight Scottish Premiership games this season.

Gillingham have avoided defeat only once in their last four home games against struggling Charlton. Perhaps, Sunderland have won 12 Of their 15 competitive games this season.

Borussia Dortmund have Won five of their seven league fixtures this season.

Those are nine well analyzed hot fixed Matches for mega win. However, gambling can be addictive, play responsibly!