By Oliver_Ochieng (self media writer) | 1 month ago 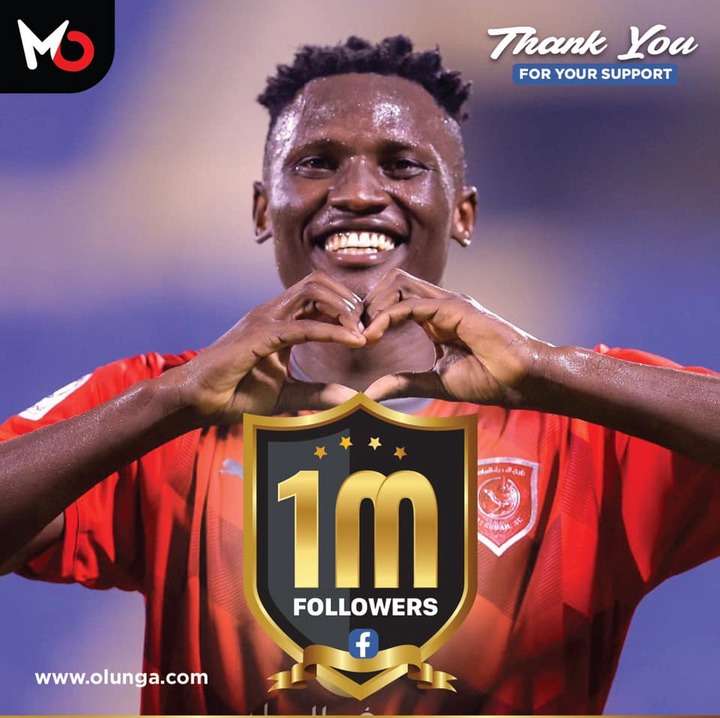 The Qatar based striker has reached the 1 Million followers milestone on Facebook, but has a long way to go to the match the likes of Manchester United's Christiano Ronaldo and PSG's Lionel Andres Messi.

Currently plying his trade with Al-Duhail Sports Club in Qatar, Olunga has featured for various Clubs in Kenya, Sweden, China, Spain and Japan, meaning his followers are drawn from all the corners of the World.

The striker thanked his supporters after hitting the 1 Million followers mark on Facebook, stating that he appreciates each and every one of them.

But the striker has a 'slippery' mountain to climb to reach the number of followers enjoyed by Portuguese superstar Christiano Ronaldo, and his Argentine counterpart Lionel Messi.