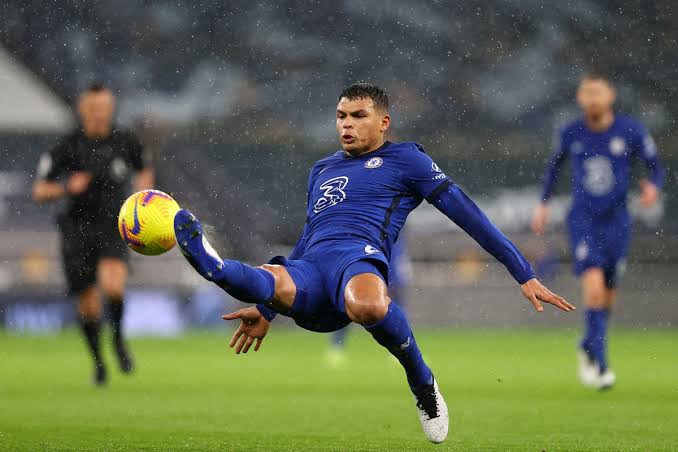 Today, Chelsea football club has continued with their winning ways after defeating Tottenham Hotspur two goals to zero. Chelsea scored two goals with Thiago Silva netting in with a header while Hakim Ziyech with a screamer.

Chelsea FC have continued with their winning ways after beating up Tottenham that enabled them to secure the second position. Also the club has made a lot of progress as it has made a lot of history as for today, Chelsea manager Thomas Tuchel becomes the first Chelsea coach to win against Tottenham five consecutive times.

Thiago Silva who has been the Chelsea Defender for the past two years has been showing good performance since arriving from PSG. He has been showing his poweress in both defence line and scoring goals. Today the star player has scored more one goal for Chelsea. The goal he scored against Tottenham marked another history for the club.

He now becomes the first defender to score against Tottenham for both home and Away. The star player still show his strength despite his age getting old. His performance also forced the club to add him one year contract that will see him leave the club in 2023.