Amid heavy links to Premier League giants, Manchester United, Benfica star striker and Uruguayan international, Darwin Nunez is now said to have turned down an approach from the Red half of Manchester following their failure to qualify for the UEFA Champions League football. 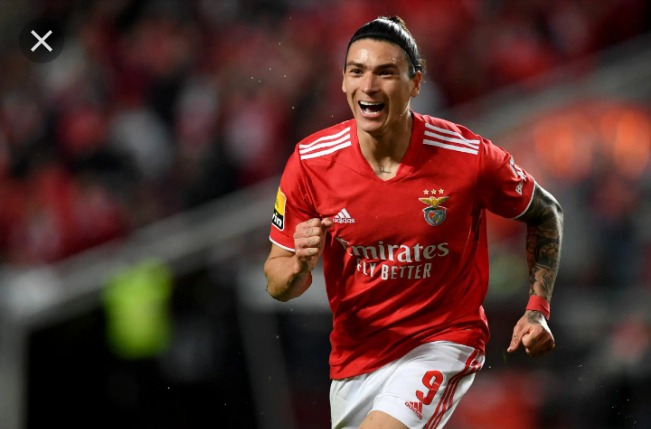 This is according to RMC reporter, Loic Tanzi (via Transfer News Deadline) who claims that the prolific scorer is looking to join a Champions League club and hence the decision, with him attracting interest from several top clubs across Europe including Ligue 1 giants, Paris Saint-Germain as well as Antonio Conte's side, Tottenham Hotspurs. 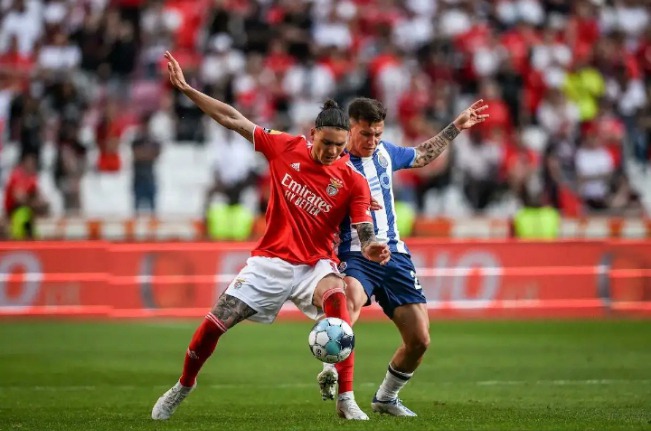 Meanwhile, the Red Devils are not the only club which the striker has turned down with Eddie Howe's Newcastle United also being knocked back after showing interest in the promising forward. 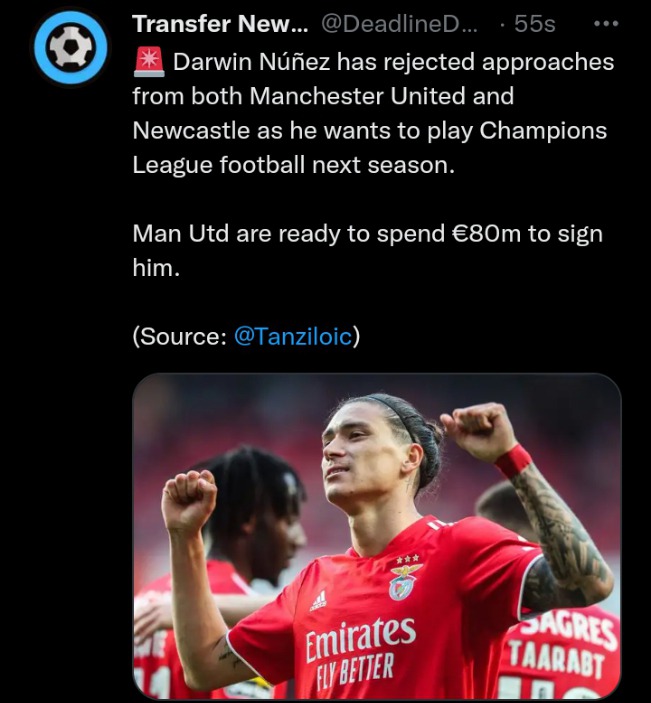 It now remains to be seen whether the Erik ten Hag's side would return with a promising project that will convince the player to change his mind over a potential Old Trafford move with them ready to splash a huge cash to secure the player's signature.

What President Uhuru Kenyatta is Doing In Lisbon

Some of the most beautiful goals we have seen in football

What Arteta Said After Arsenal Confirmed A Third Summer Signing

Kenyans Told Reasons Why Uhuru Secretly Flew Out of Kenya