Check Out Bruno Fernandes Stats After Penalty Miss vs Arsenal

Manchester United faced Arsenal at Emirates Stadium on Saturday afternoon. The Gunners grabbed all three points after beating the visitors 3-1, thanks to goals from Tavares, Xhaka, And Saka. Cristiano scored Manchester United's only goal. However, The Red Devils had a chance to level up back. Bruno Fernandes failed to convert from the spot-kick. 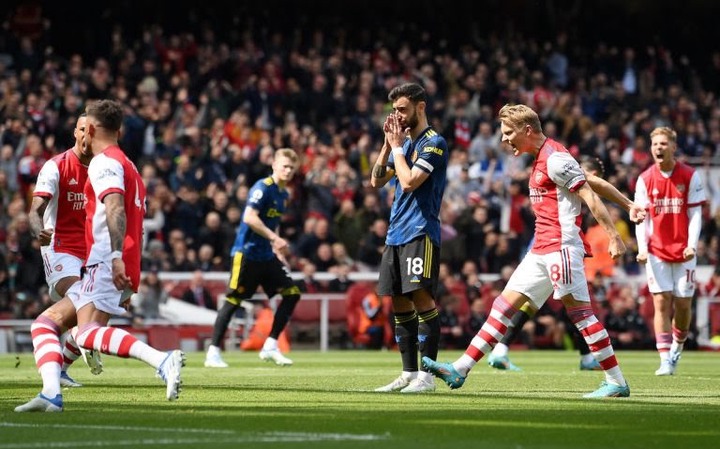 Bruno Fernandes's shocking stats in the last seven matches for Manchester United have emerged. The stats show that Bruno's form has drastically reduced. According to the data website WhoScored, the 27-year-old has received as many yellow cards as he has made goal contributions in the last three months — a far cry from the player who scored 28 goals and assisted another 17 in the previous campaign. 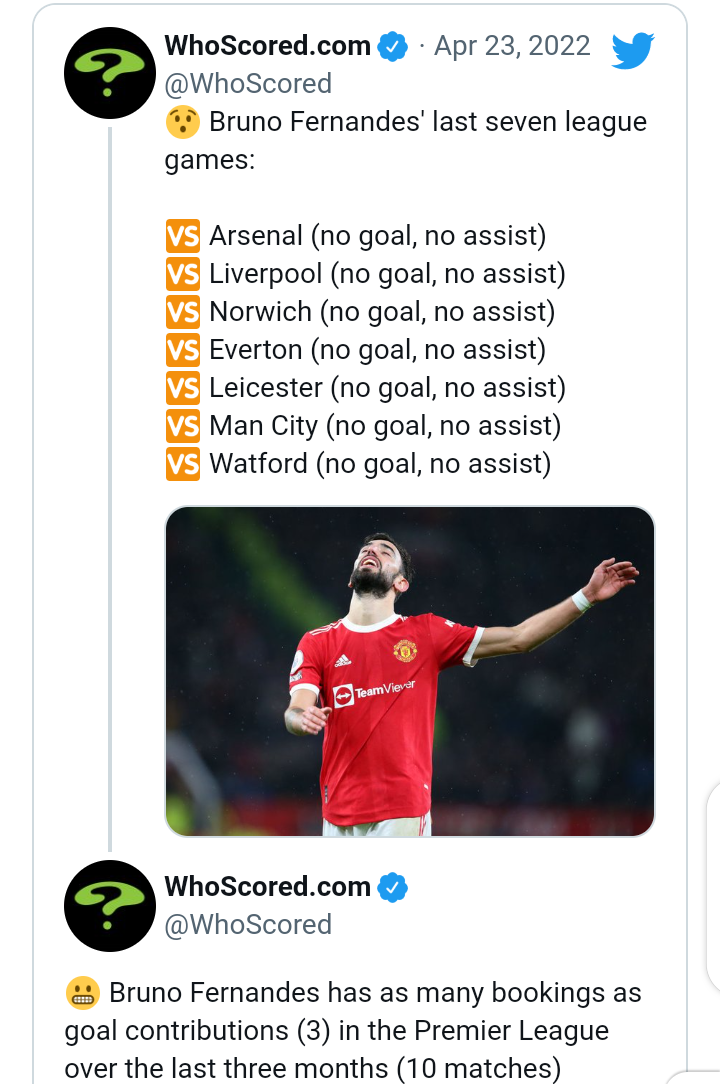 Manchester United's hopes to qualify for the UEFA Champions League drastically reduced after losing to Arsenal. Currently, Manchester United is in the seventh position, and they only have four matches left which means that it is in a difficult situation.