Arsenal has started this season very poorly being beaten in three consecutive games. The bad thing of it is that they have not scored even a single goal this season.

However, I have a reason why Arsenal might comeback and win the Premier league this season.

Shinji Okazaki who is Japanese was signed by Leicester during 2015/2016 season and Leicester magically won the Premier League.

Arsenal have also signed a new Japanese player Takehiro Tamiyasu in 2021 August. He is a 22 year old defender who has not yet made is Arsenal debut.

Japanese players seems to be lucky when they are signed by English teams. According to history have just given you above, do you think Arsenal might win the Premier League Title with the help of this Japanese player? 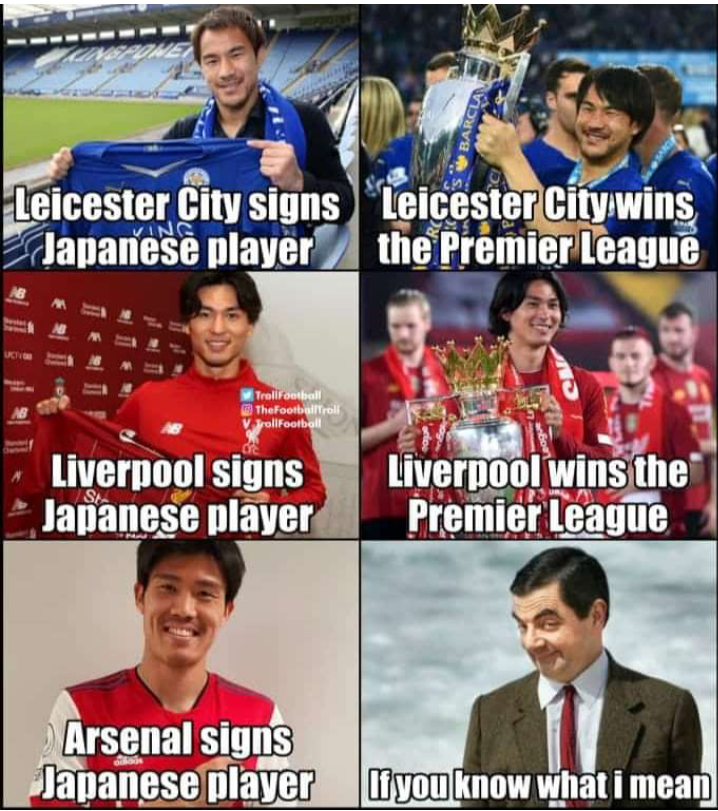 Content created and supplied by: Kaaria (via Opera News )