By SureFootballTales (self media writer) | 13 days ago 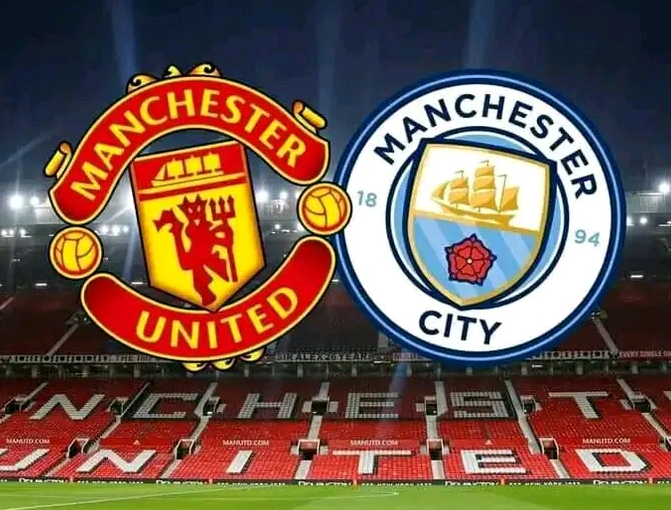 Manchester United have received huge boost ahead of their Manchester Derby against Man City tomorrow at Old Trafford after Bruno Fernandes was pictured training at Carrington after missing Carabao Cup clash due to suspension. Man United Boss Erik Ten Hag confirmed that french duo Raphael Varane and Antony Martial will be available while Donny Van De Beek and Jadon Sancho have been sidelined. Man United will face a relatively weak Man City with low confidence after losing 2-0 in the Carabao Cup against Southampton. 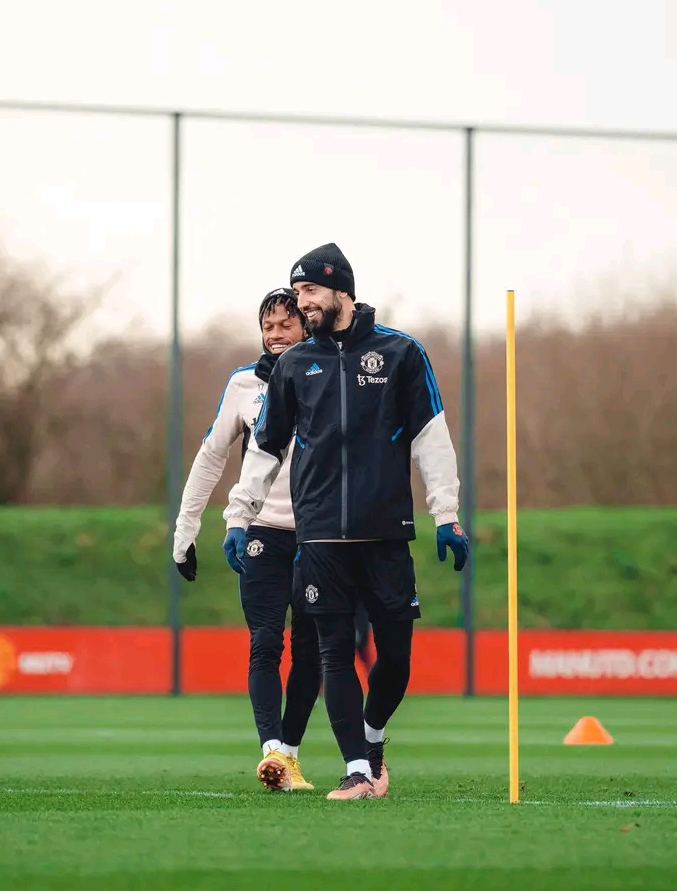 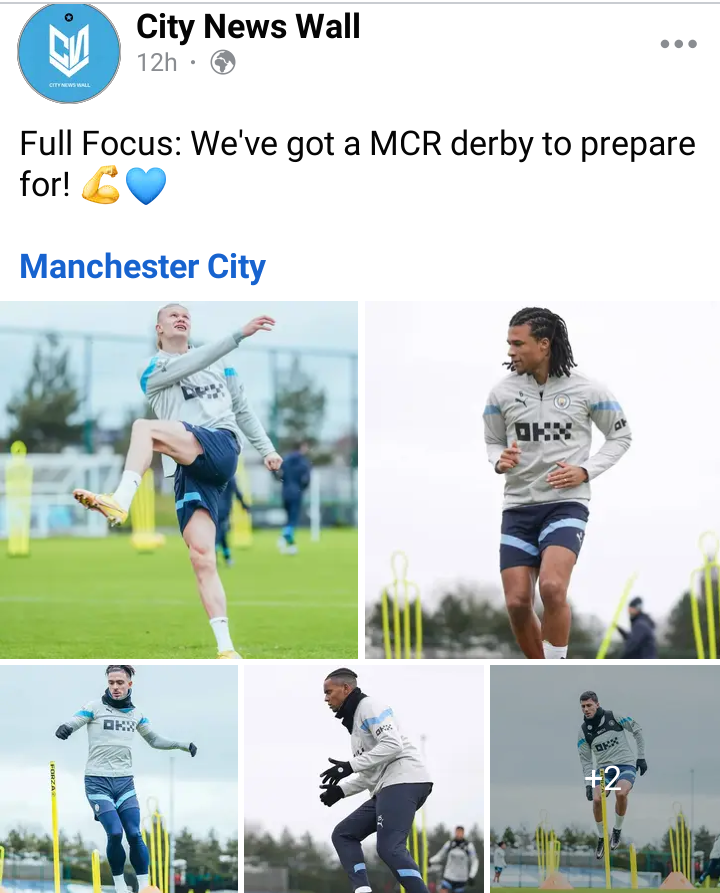 Manchester City players also trained ahead of Manchester Derby but will be without Reuben Dias who suffered hamstring injury with John Stones not fully fit. Man City duo Erling Halaand and Kelvin De Bryune are expected to start against Man United with Rodri likely to replace Kalvin Phillips in the miďfield and Ederson replace Ortega as Goalkeeper. 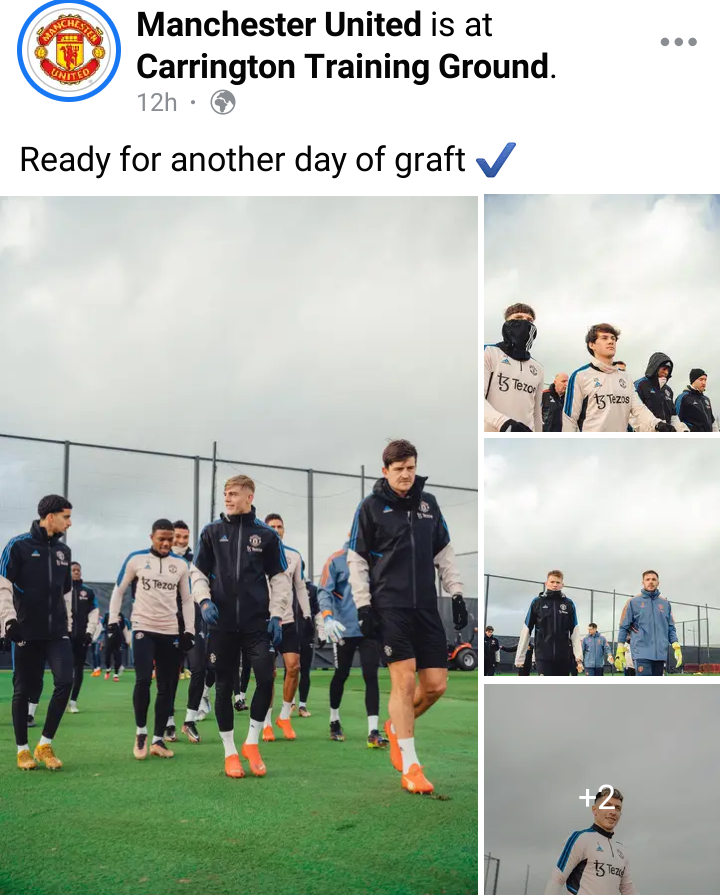 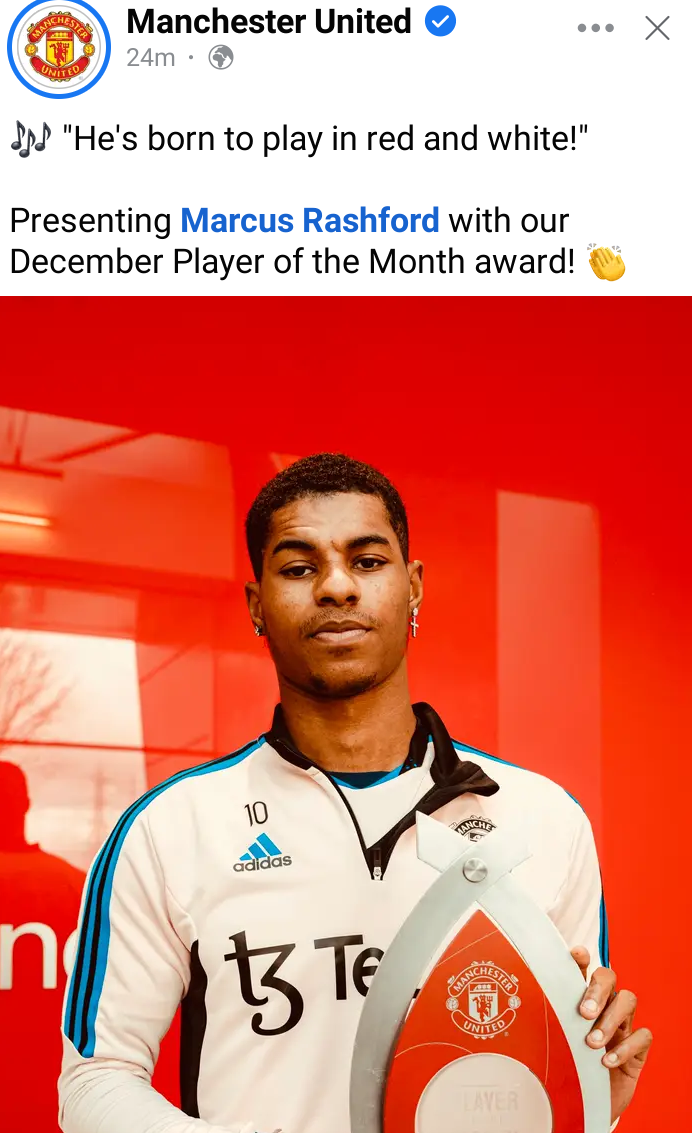 Man United have officially announced Marcus Rashford as the Clubs Player of The Month for December after his impressive goal scoring form. 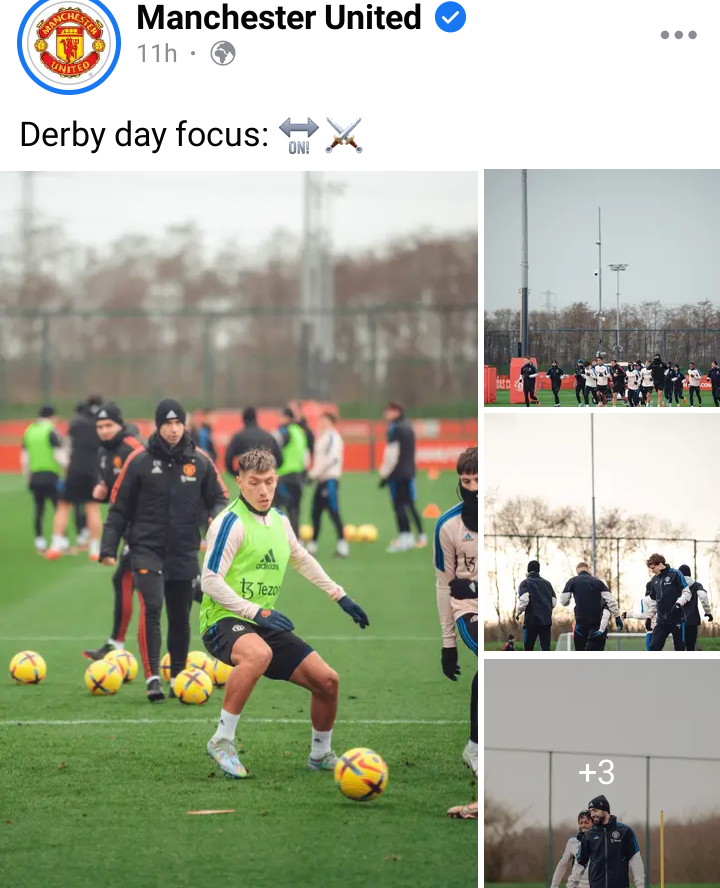 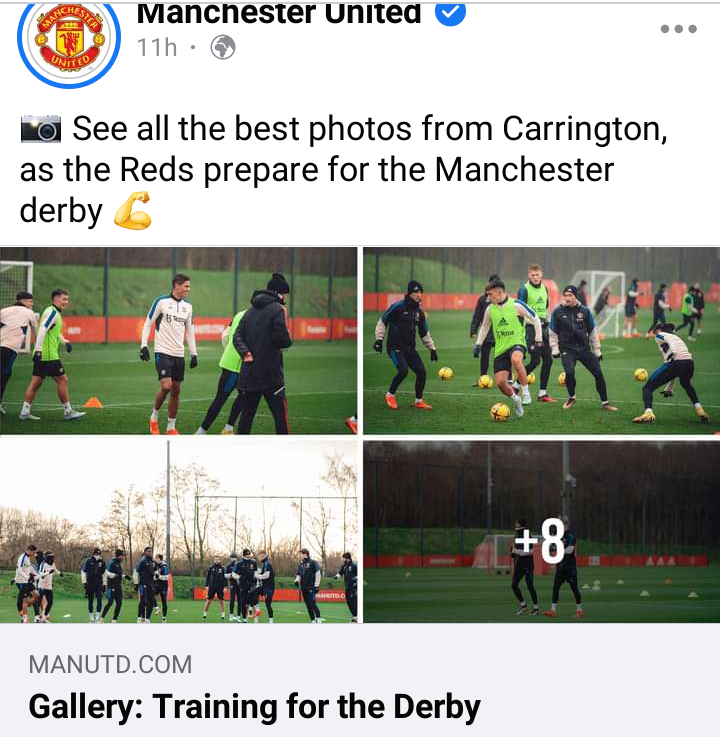 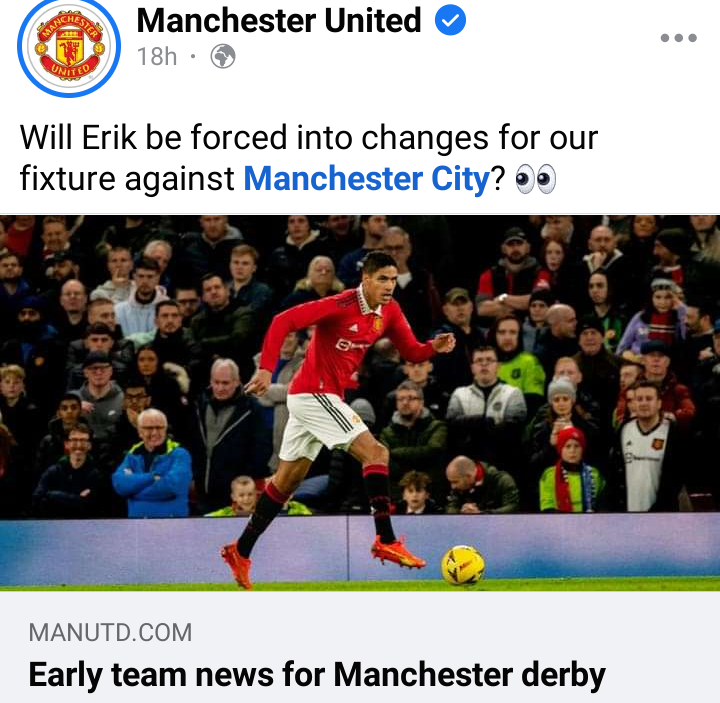