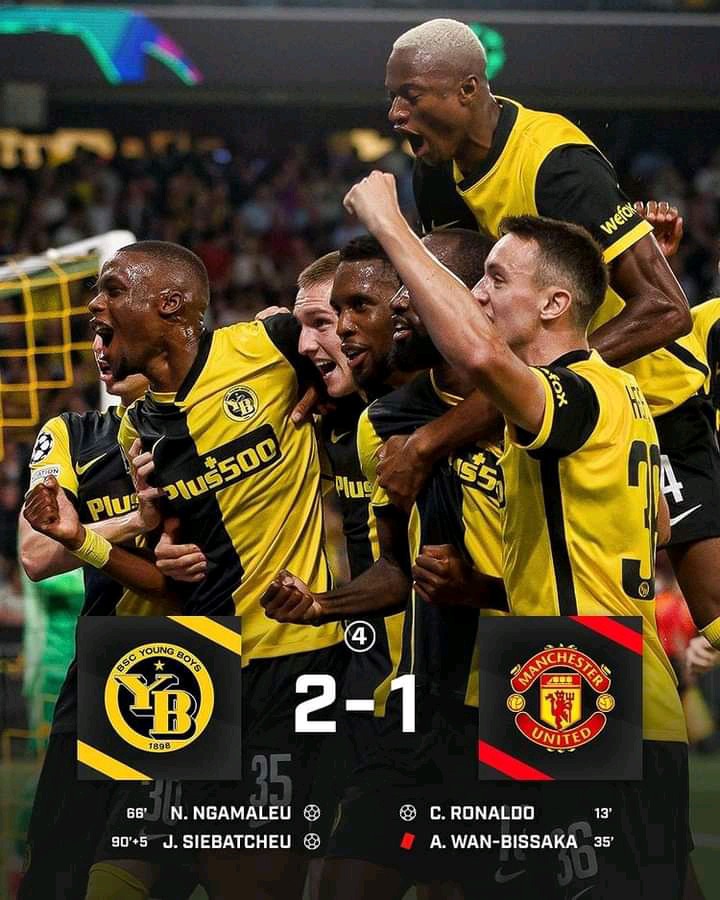 Young Boys goals were scored by N.Ngamaleu and J.Siebatcheu which was the last minute goal. He scored after a Manchester United misplaced a pass to him.

Manchester United were the favorite to win that game but the red card changed everything. They have suffered their first defeat this season as well in champions league competition.

Fans are hoping Manchester United to bounce back on the next game.

Follow me for more information about this thanks in advance.