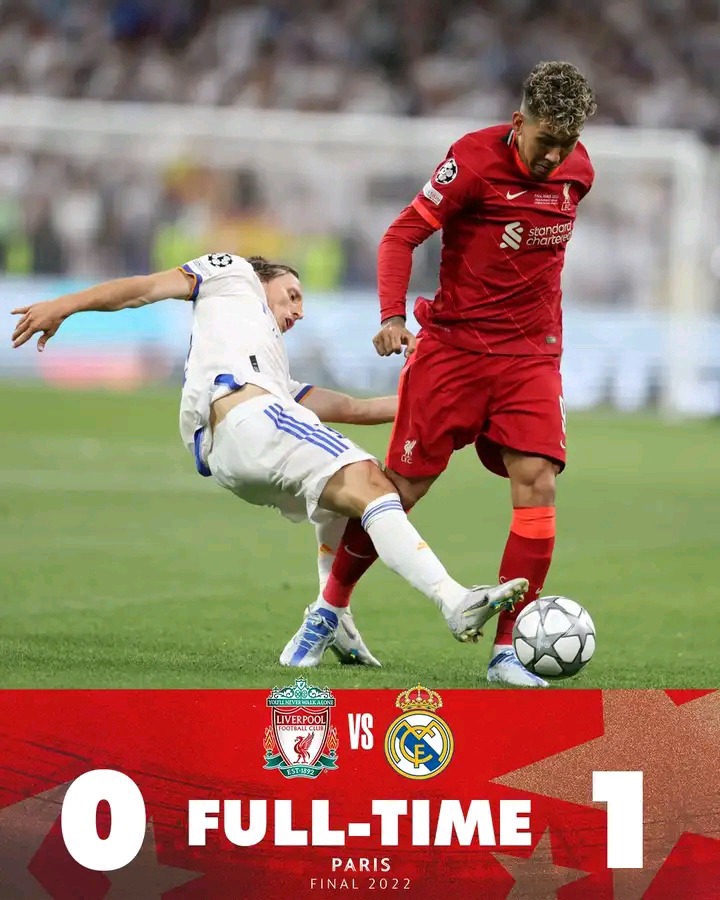 The conclusion of the Champions League final in Paris was postponed owing to "security considerations," but Real Madrid prevailed over Liverpool with a score of 1-0 to set a new record for most trophies won in the tournament.

After the Merseysiders had controlled for lengthy periods of time but were unable to find a way past the great play of Thibaut Courtois, Vinicius Junior, a Brazilian forward, guided Federico Valverde's wonderful cross into the back of the net shortly before the hour mark.

The squad coached by Jurgen Klopp concludes the season with two domestic championships under their belts, but they are unable to advance to the next round of either the Champions League or the English Premier League.

On the other hand, the Spanish team was able to put an exclamation point on their incredible journey to the final by claiming yet another European championship.

One player in particular stood out throughout today's victory for Real Madrid.

Thibaut Courtois, the goalkeeper for both Belgium and Real Madrid, was recognized as the game's most valuable player due to his outstanding performance against Liverpool. The goalkeeper who once played for Chelsea was outstanding against Liverpool, making many important saves during the match, including one particularly impressive save on Egyptian winger Mohamed Salah.