Chelsea's new left back Marc Cucurella had people wondering last weekend in Chelsea match against Tottenham whether he was fouled or not when Romero pulled his long hair.

It was a controversial situation as it was believed by Chelsea fans that it was surely a foul on thier new left back, but referee Antony Tyler and the VAR believed quite the opposite. 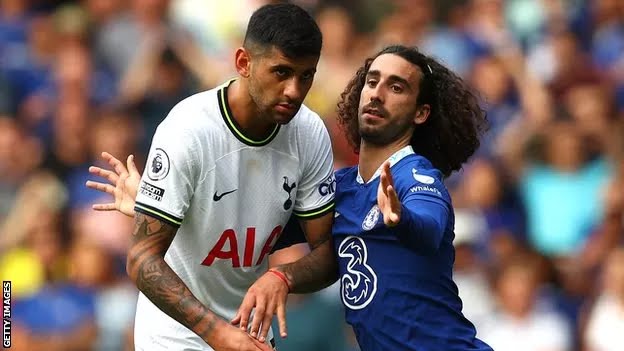 Marc Cucurella has revealed that he will keep his hair and will not cut short his long hair whatsoever even after that controversial situation last weekend.

The new left back at Stamford bridge had an impressive Stamford bridge debut and registered his first assist for Chelsea after Kalidou Koulibaly put his corner set piece in the back of the net.

Cucurella believes such cases will not make him cut his hair and believes Thomas Tuchel has full confidence in him.