Since Thomas Tuchel was appointed as Chelsea's manager, the previous tactics and formation used by Frank Lampard were abruptly changed as he begun using his own play style.

Chelsea reverted to using the 3-4-2-1 formation whereby wing backs are used in both defensive and attacking roles.

This system has got the club moving in the right direction as they are superior in tormenting the opponents in attack as well as they defend well against strong sides. 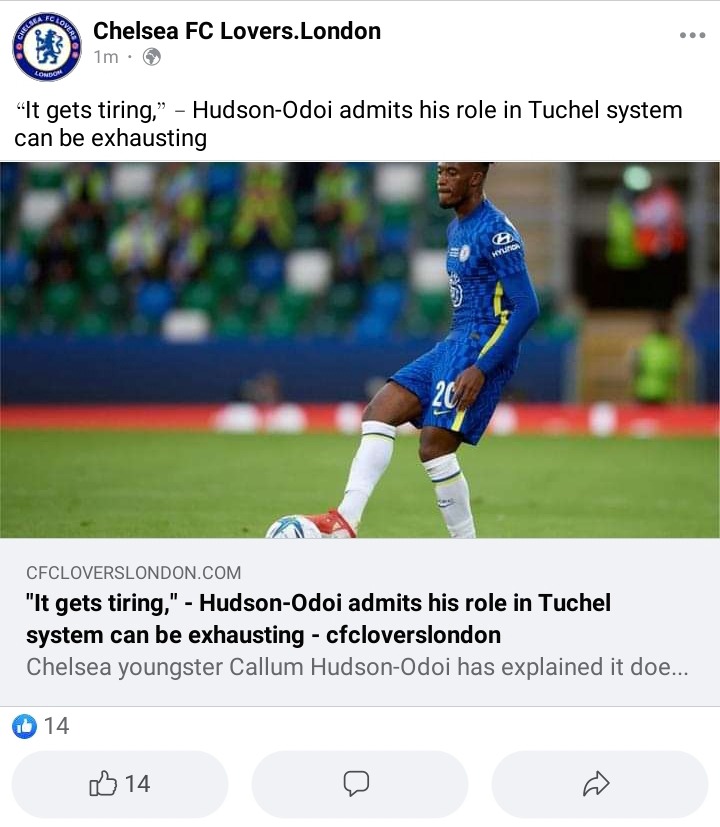 However, Callum Hudson Odoi has come out and stated that the system used by Thomas Tuchel is so tiring in that they have to run a lot in order to make a positive impact.

Speaking on BT Sports podcast after the Carabao Cup Match against Aston Villa, Callum Hudson Odoi stated: "The way I look at it now is I'm in the situation where I have to help out much more in defense rather than attack.

It's up and down and it gets tiring at times. It's much more of a defensive mindset for me trying to keep clean sheets but I don't mind the role at all."

This is a huge claim from the young player who grew up as an attacking player but he has to be good in defense so as to get more play time under Thomas Tuchel.