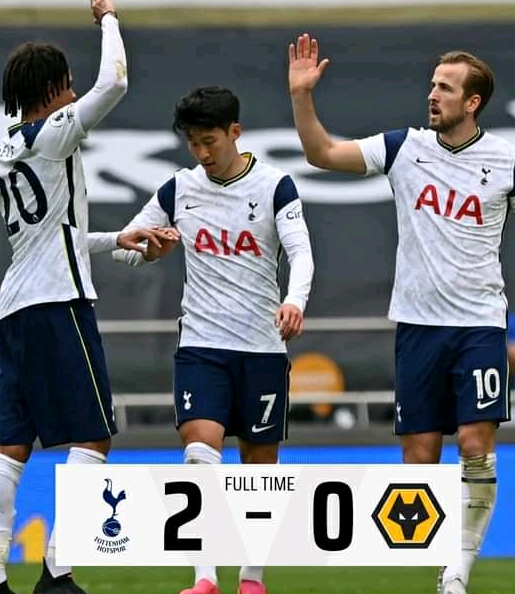 Tottenham Hotspurs demolished Wolves 2-0 at home to claim 3 vital points in the race for European football next season. Tottenham drew the reverse fixture 1-1 at Molineux Stadium against Wolves to remain unbeaten in 4 of their last 6 meetings in all competitions. Tottenham came into the fixture in the back of a humiliating 3-1 defeat by Leeds United while Wolves had won their previous Premier League fixture 2-1 against Brighton. Tottenham opened the scoring in the 45th minute through topscorer Harry Kane who scored his 22nd Premier League goal after Hojbjerg clever assist to gift the hosts a 1-0 lead at halftime. Tottenham dominated the ball possession with 60% & racked up to 6 shots on target in the second half with Hojbjerg scoring the second goal in the 62nd minute to seal a comfortable 2-0 victory. 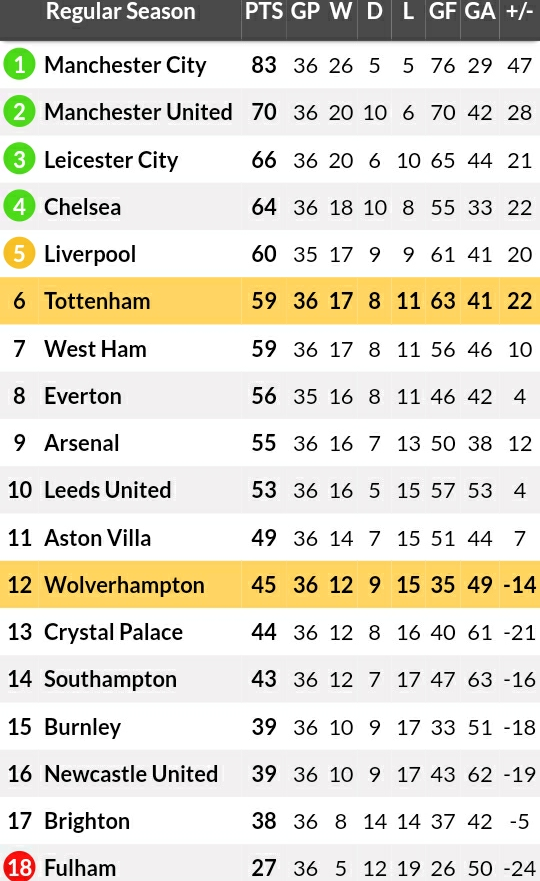 Wolves have now lost 15 matches in 36 Premier League fixtures, drawn 9 games & won 12 matches compared to Tottenham who have won 17 games, drawn 8 matches & lost 11 games this season. Tottenham Hotspurs have been scoring relentlessly in the Premier League with 63 goals & conceded 41 goals while Wolves have scored 35 goals & conceded 49 goals hence a negative goal difference. After the 2-0 victory, Tottenham Hotspurs climbed up to position 6 with 59 points while Wolves dropped to position 12 in the Premier League table with 45 points.