By SirRodgers,theBlogger. (self media writer) | 6 months ago

Orlando City and Philadelphia Union meet in Florida in the early hours of Friday morning in MLS.

The Union sit second in the Eastern Conference standings, one place and one point above their hosts.

Both sides go into this game in mixed form. Philadelphia ended a three-game winless streak with a 2-1 success over DC United last time out, while Orlando have now gone three games without a win but did pick up a point at Toronto in their last outing after back-to-back defeats.

However, Orlando’s struggles have largely come on the road and at home they have 11 points from six games (W3, D2, L1).

Philadelphia are without a win on their travels in their last four games but have only been beaten once during that run.

The last two meetings between these two teams have finished honours even and we’re expecting a close game in this fixture between two evenly matched sides and another draw could well be on the cards. Orlando concedes a goal a game on average after 13 games, while Philadelphia have a similar defensive record as they concede 0.93 goals per-game and we feel 1-1 has a chance in the correct score market. 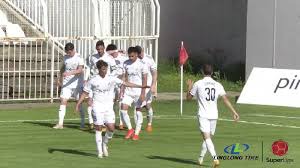 6 Things Men Do Only For Women They Love.

Why Odinga Might Lose The 2022 Election To DP Ruto. (Opinion)