By Annnjeri (self meida writer) | 2 days

Arsenal have been handed a timely boost ahead of their season defining second leg of their europa league semi final against Villareal at the Emirates stadium after left back Kieran Tierney was spotted training with the team.

This has fuelled optimism among the Arsenal supporters that the Scotland international is in line for a start against the Unai Emery led side on Thursday as this could make them a more stronger opposition.

It had been feared that the former Celtic left back could be out for the rest of the season but he has made tremendous recovery in recent weeks with his manager claiming he has been training like an animal. 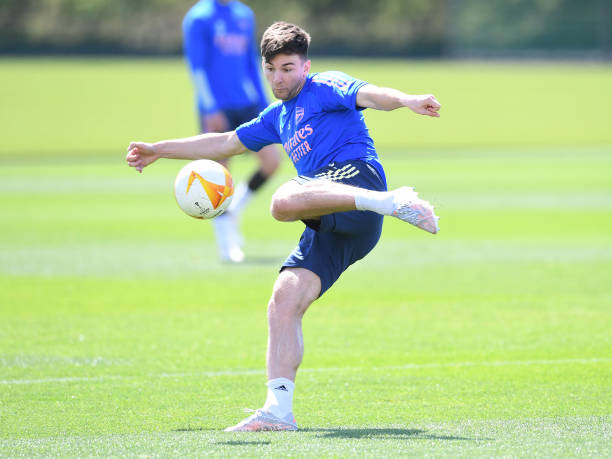 Tierney was not the only returnee to be seen in training as striker Alexander Lacazette also trained with the group for the first time on Tuesday after he had suffered a hamstring injury that made him miss the first leg of the competition.

Tierney's return is what changes the whole dynamics as Granit Xhaka should be deployed in his favored midfield role alongside Thomas Partey and with Ceballos suspended,his absence will not be felt.

Mikel Arteta will now be able to call on his first choice left back who has proven to be influential when fit as his defending as well as attacking has been top notch which makes Arsenal favorites to win the tie.