Tonight Arsenal will be looking forward to a midweek game a routine that they have missed this season as they are not competing in any European Competition this season.The Carabao Cup games fixtures are the only fixtures they have had to play in midweek this season winning all of them. 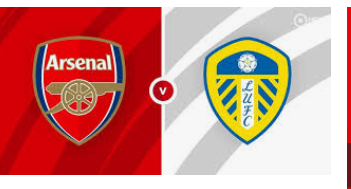 Mikel Arteta will be eager to land the League Cup this season fallowing their unsuccessful attempts by the club in the past.Reaching the quarter finals in this competition will be the set minimum target by the players as they meet Leeds United who have thoroughly struggled this season. 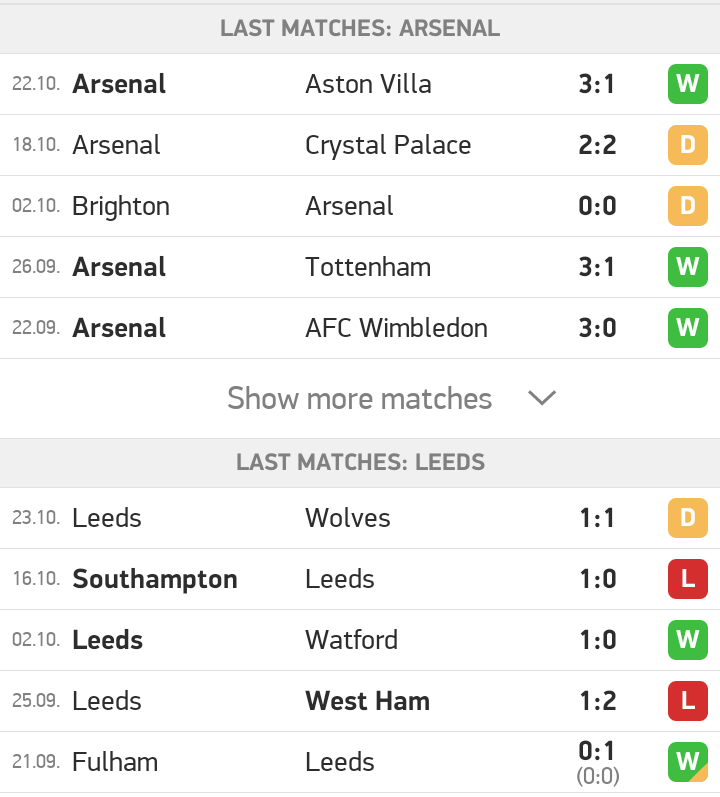 The hosts are boosted by their recent Premier League 3-1win over Aston Villa at the Emirates Stadium and the North London ground will be same venue again when Leeds United visits them.The Gunners have reached this stage fallowing their past impressive wins over West Bromwich and Wimbledon.

The visitors Leeds United have had an indifferent start to the season with several injuries to key players dampening their progress.They have failed to click after their impressive start back in the top flight.Leeds based side are also hoping to make it through to the last eight stages of the tournament. 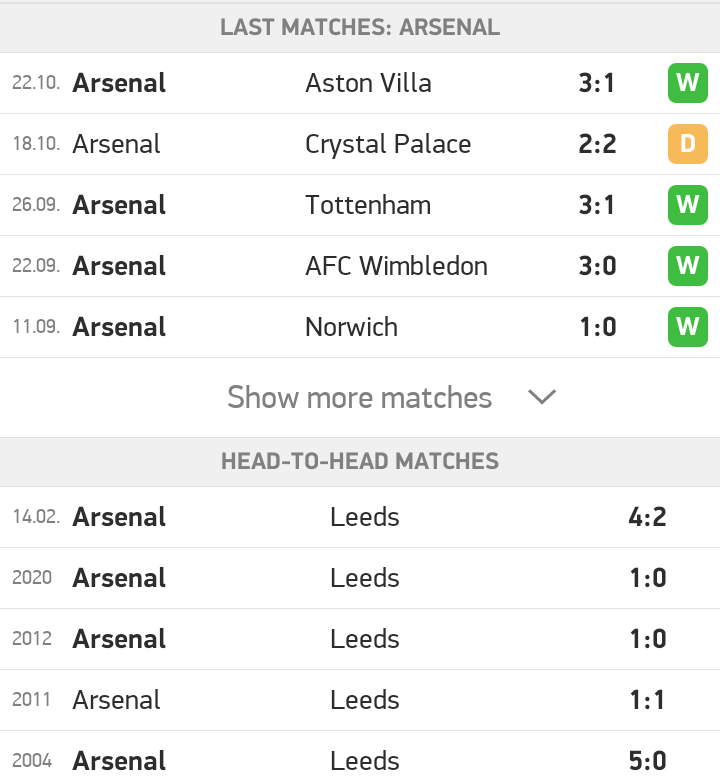 In the second round of the Carabao Cup Leeds were able to dispatch Crew Alexandra with ease although they struggled against Fulham during their third-round clash after finishing goalless in 90minutes and had to rely on penalty shootouts winning the spot kick contest narrowly. 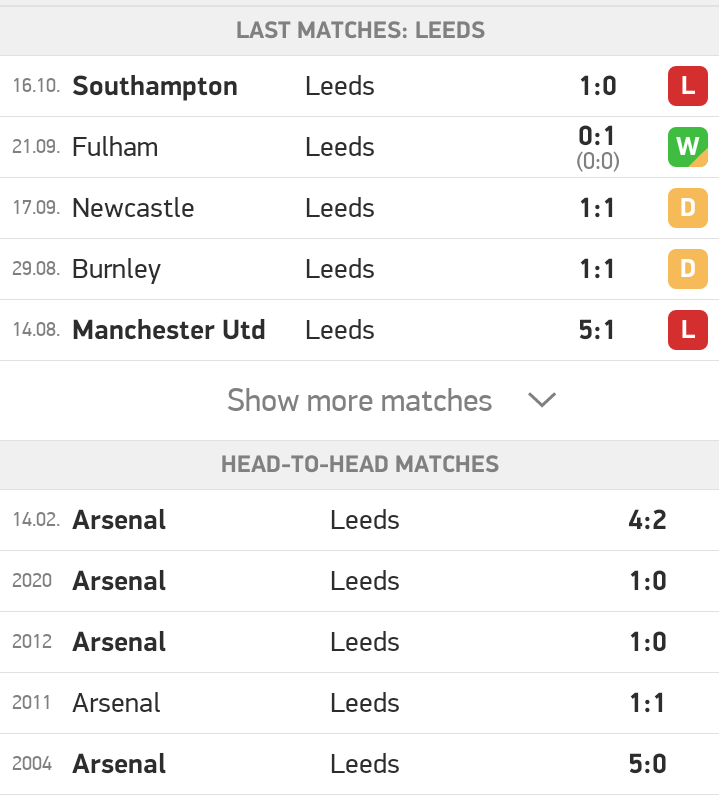 Leeds found it difficult to break down through a Wolves side in the weekend managing to get a draw at the end.They will have to come down to the Emirates with all guns blazing if they wish for a positive result since Arsenal are in good form at the moment while Leeds are struggling. 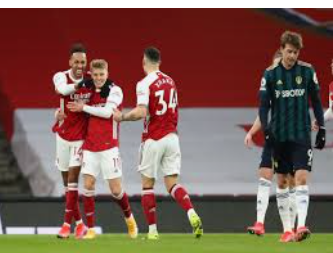 Mikel Arteta could change his all entire team in all probability to give his fringe players to get chance to impress.From the Aston Villa victory probably Albert Lokonga could keep his place alongside Nuno Tavares and the rest could be changed for this cup tie.

Alternatively Lokonga's position would depend on the style formation Arteta Would decide to use.If he is to play double midfield pivot,then Maitland-Niles and Elneny could get the chance to start in the middle.

Taraves who had a terrific full debut on Friday will likely retain his place at left-back despite some level of competition from Kolasinac,Benard Leno will also start in goal while there could be an entire overhaul of the backline.Rob Holding and Pablo Mari could start in central defence while Cedric Soares should be selected ahead of Chambers at right-back. 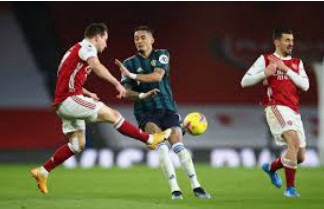 For our sure safe Predictions tip on Arsenal to Win full time.