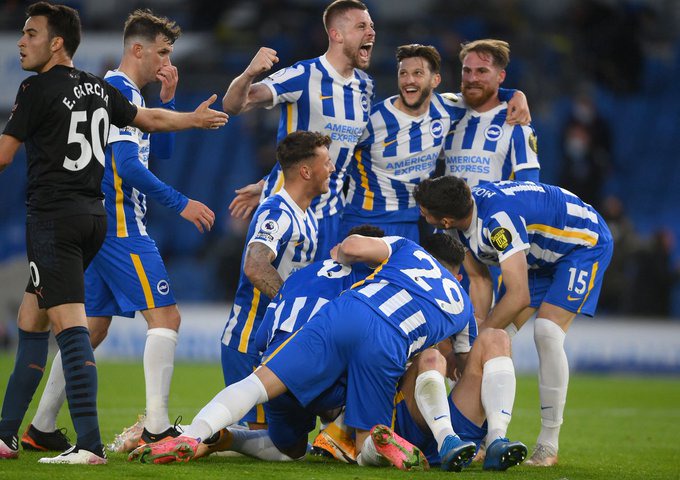 The champions went ahed after just two minutes as Ilkay Gundogan arrived at the back post to head in from Riyad Mahrez’s cross. But Man City were reduced to 10 men just eight minutes later when Joao Cancelo was shown the red card for bringing down Danny Welbeck thus denying him a goal-scoring opportunity. 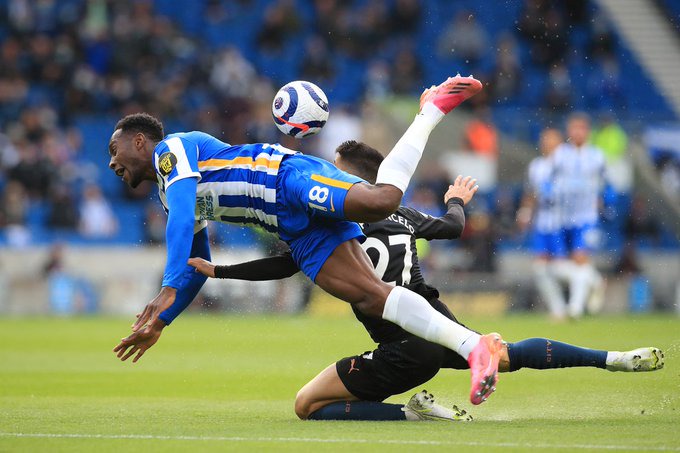 Man City youngster Phil Foden made it 2-0 early in the second half after firing low from his left foot. Robert Sanchez stood no chance. However, Brighton quickly halved the deficit through Leandro Trossard’s sublime strike and Adam Webster headed past Ederson Moraes to restore parity. The winner came in the 76th minutes as Dan Burn’s shot was saved but he pounced on the rebound to score his first ever Brighton Goal. 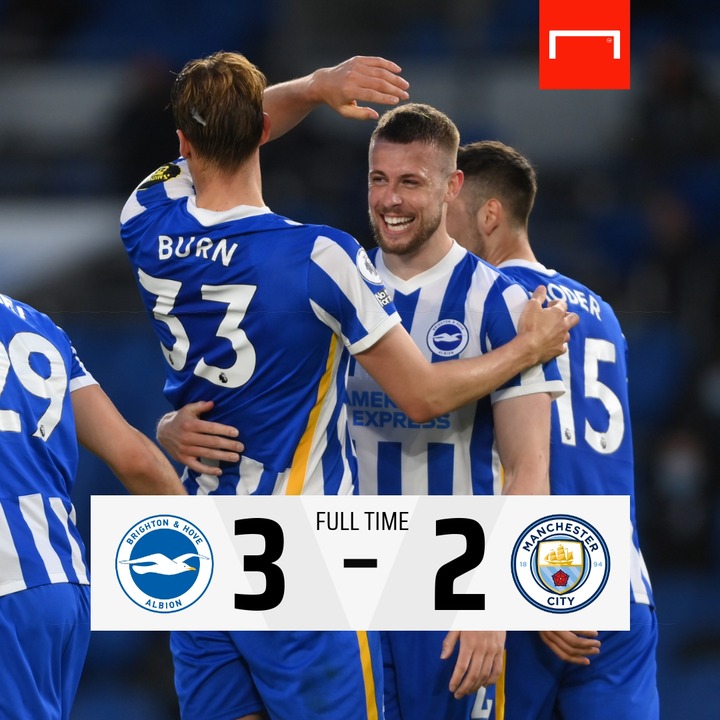