Manchester United started their season on tye wrong foot after losing their first two opening matches. This loss has never been witnessed in Old Trafford for the last 100 years and it has become a serious concern from both the fans, players and stakeholders in Old Trafford.

The team under new manager Eric Ten Hag believed that new signings are key to regain the old glory and despite having made some few signings over the transfer window, things seems to be far from getting better. 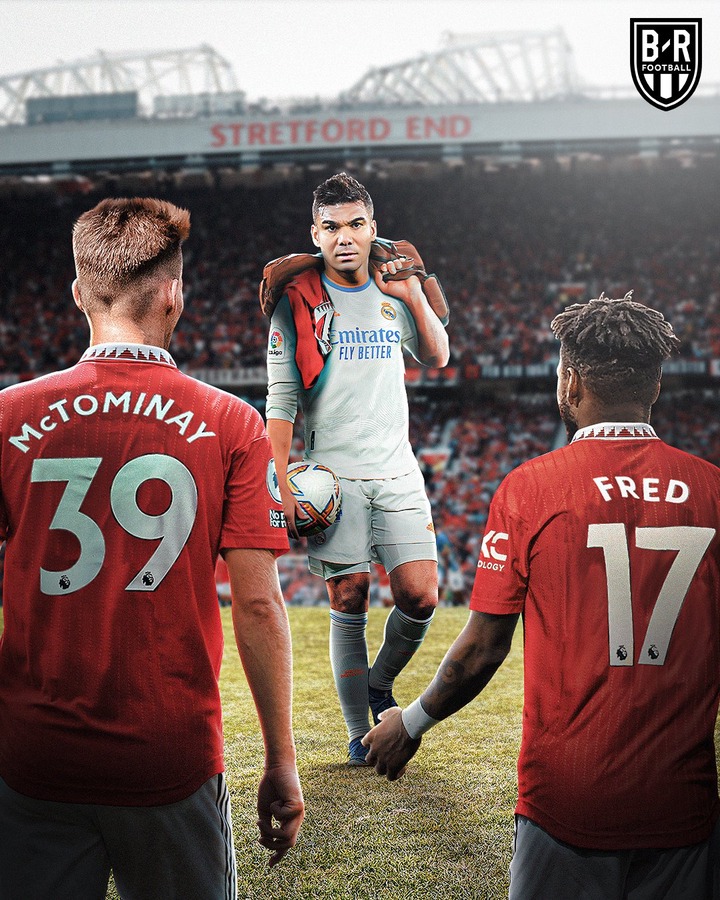 The Red Devils in specific have been having flaws at the back and center and the signing of Martinez alongside Malacia is yet to heal the ailing defense. Moving forward, United brought in Ericksen to partner with Bruno Fernandes but failed to get a solid defensive midfielders who will allow the two move forward. 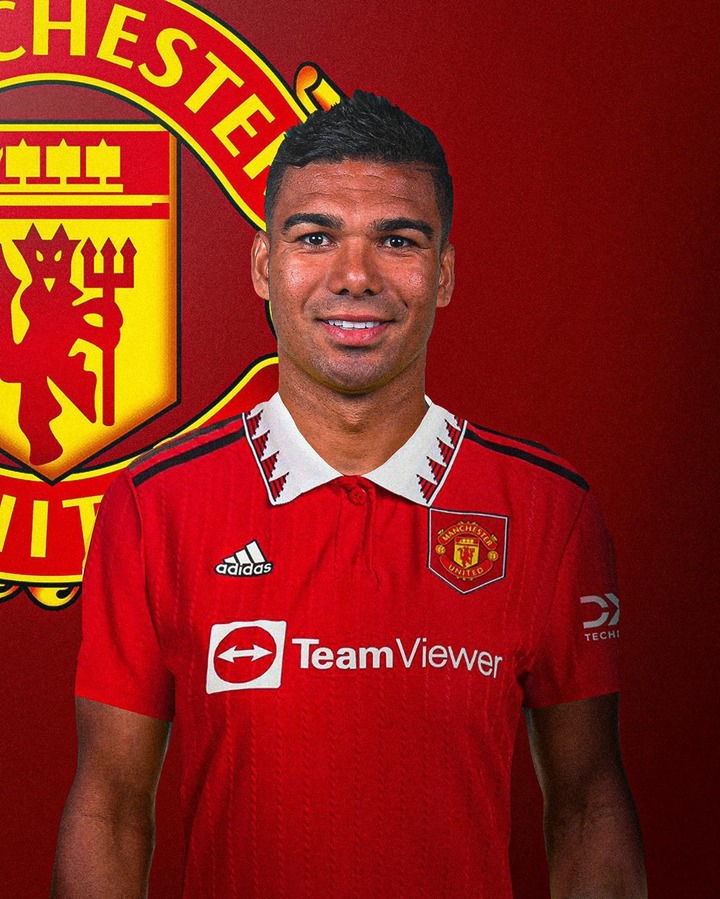 In it's push to seal this hole, United raided Real Madrid once again and their efforts have finally borne fruits. The Red Devils have today reported that they have stuck a deal to sign Brazilian Casemiro on a four year deal with an option of extension by 12 months. The seasoned defensive midfielders is being looked at to bridge the gap at United's defensive woes. 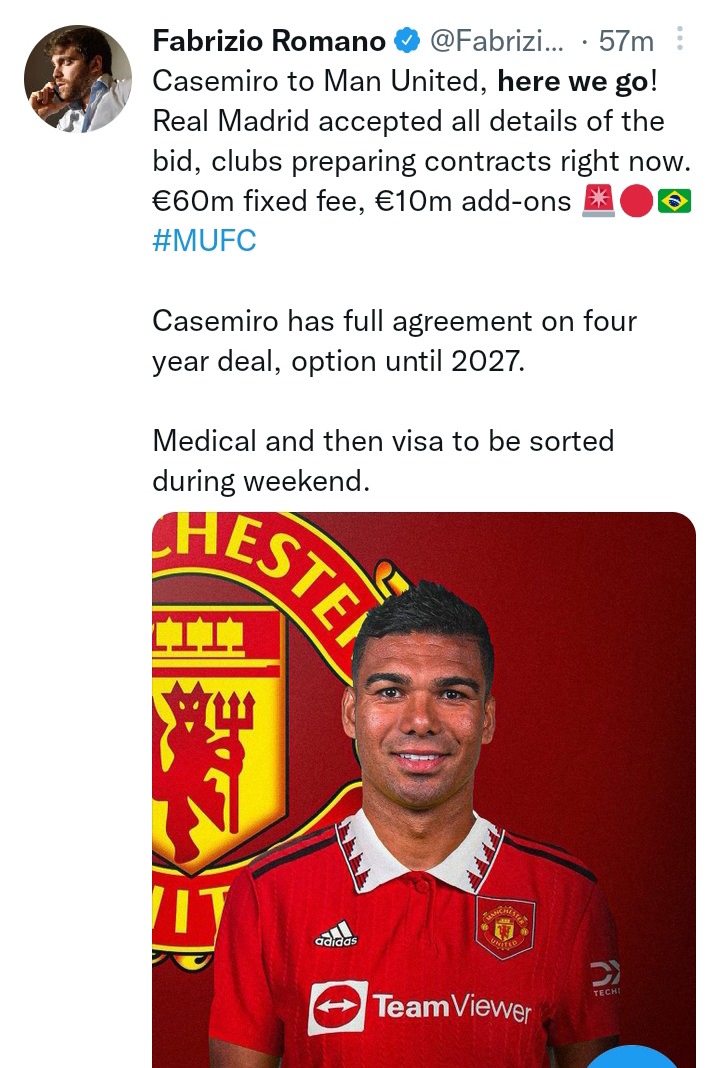