Shakhtar Donetsk are facing their final European game of the season when Sheriff Tiraspol, who beat them to third place and the Europa League slot, are the visitors to Kharkiv.

Roberto de Zerbi’s side have been nowhere near good enough in Group D with their 2-0 defeat in Tiraspol back in September setting the tone. It doesn’t take forensic examination of both teams’ results to see that Sheriff have fared much better – winning in Madrid and scoring both home and away against Inter as Shakhtar scored one solitary goal in their five games and earned just one point.

Shakhtar’s favouritism here will be largely based on their greater experience and the perceived home advantage and not current form, although domestically they remain a dominant force.

Sheriff are a well-drilled side with some players who look comfortable playing at this level, so shouldn’t be underestimated yet again. A double chance bet appeals here because of how good Sheriff were in the first game in addition to the more impressive displays they put in against the giants of the group.

The hosts have won six matches,lost two matches with four matches ending in draws.The goal difference is 21-14 in favour of the hosts.

The hosts have won four matches,lost five matches with one draw in the process.The goal difference is 25-21 in favour of the away team. 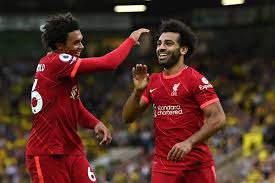