By News_pointer3 (self media writer) | 1 month ago 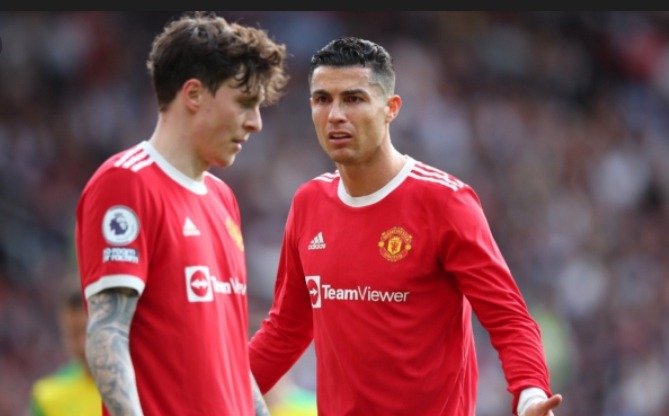 In an effort to control the fallout from the Portugal star's power play, Erik ten Hag is scrambling after Cristiano Ronaldo's shocking demand that he be allowed to leave Manchester United upsets his plans.

Ronaldo has already become so disenchanted with United just one year after making a splashy return from Juventus that he is attempting to leave Old Trafford.

The 37-year-old is said to have informed United that he wants to be sold, and Ronaldo's agent Jorge Mendes is said to have spoken with Bayern Munich, Chelsea, and Napoli as he looks for a team that can meet Ronaldo's goals.

Ronaldo became increasingly irritated as the season wore on, during which United had three different managers and an unimpressive sixth-place Premier League finish.

Ronaldo led United in scoring with 24 goals across all competitions, but his team finished the year without a trophy and missed out on the Champions League.

A five-time Ballon d'Or winner who has won the Champions League trophy five times finds the idea of competing in the Europa League to be hardly appealing.

Ronaldo has one year left on his contract, and United insist that they won't be selling the former Real Madrid forward.

Although Ten Hag had been excited about the prospect of working with Ronaldo, he may need to prepare for life without his most accomplished player.

When the rest of United's international players arrived on Monday for the start of their preseason training program, Ten Hag won't have been encouraged if he had hoped to convince Ronaldo to drop his transfer demand.

On Friday, United is scheduled to take off for Thailand as part of their tour of Asia and Australia.

Ronaldo's second stint at United may come to an abrupt end if he skips the trip, it would seem.

Content created and supplied by: News_pointer3 (via Opera News )