By Chelsea.ComNews (self meida writer) | 10 days

Chelsea have endured a tight race into top four. They have survived around the top because of other clubs performing badly. The Chelsea draws in some games put them in danger of losing the top four spot. They have however managed to keep it until now. The remaining six games in the Premier League will determine their agility for top four. 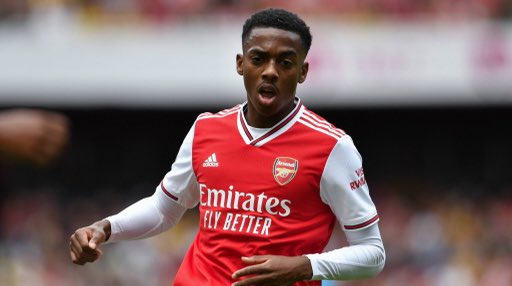 Arsenal player has been instrumental in Chelsea remaining in the top four. The Gunners loaned out their winger Joe Willock to Newcastle. The player is enjoying his season long loan at Newcastle. He is being used as a supersub by the club. He has single handedly helped Chelsea remain in top four by scoring later winning goals. He scored the winner against Tottenham. He further helped Newcastle beat Westham 3-2 to help Chelsea overtake them. He later scored a crucial equalizing goal against Liverpool to prevent them from overtaking Chelsea. He has now been a savior in four games that would have sent Chelsea out of top four.

Chelsea fans what do you think of Joe Willock who has helped Chelsea secure a top four finish? Drop your opinion below.