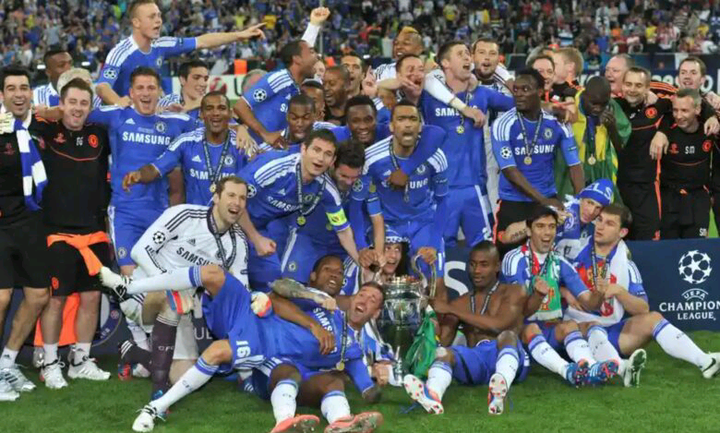 The most esteemed club football competition is without a doubt the Champions League, originally known as the European Cup. You'll need a team of unmatched talent, skill, and a touch of luck to win it and inscribe your name into the glorious history of the world's favorite sport. However, if you look at where some of the prior winners are currently ranked, you might think that luck is all you need.

Before Liverpool's win, Jose Mourinho established his mark on European football with Porto. Porto had dominated the UEFA Champions League in 2003–04 and won the UEFA Cup the season prior. Before overcoming Deporitvo La Coruna in the semifinals, the Portuguese club defeated Manchester United and Lyon in the knockout round.

Carlos Alberto, Deco, and Dmitri Alenichev scored goals for Porto in the German city of Gelsenkirchen to help them defeat Monaco 3-0.

Borussia Dortmund was not given a chance against some of the absolute juggernauts they defeated on their way to winning the UEFA Champions League, despite having some big names on their side. Dortmund came in second place in their group, not first. They proceeded to the quarterfinals, where they played Auxerre, and finished second in the group stage against Atletico Madrid. They defeated the French club 4-1 overall. The United team, led by Ferguson, had a lot of potential and would next play Dortmund. Following that, Dortmund went on to win both legs and secure a place in the championship game against Juventus.

Nottingham Forest, a mid-table Championship team, was formerly thought to be one of Europe's top cup-winning teams. In the 1978–1979 season, Forest won the championship by a score of 1-0 after eliminating Liverpool in the first round. Brian Clough was the coach. The Reds defeated Hamburg SV 1-0 to win the title the next year.

Football fans will always remember Liverpool, who overcame an early 3-0 deficit to defeat AC Milan, making them arguably the most memorable Champions League winners. Although the Reds possessed elite players like Steven Gerrard and Xabi Alonso, their lineup was insignificant when compared to the swashbuckling Rossoneri, who had triumphed two years earlier.

Before Steven Gerrard's header ignited a comeback and changed the course of history, Carlo Ancelotti had an excellent game plan.

How could I have overlooked Chelsea's squad this year? Andre Villas-Boas was fired by Chelsea owing to his team's dismal Premier League performance, and Roberto di Matteo was named as the club's interim manager. With a remarkable comeback against Napoli to win the second leg in extra time, the Blues started their elimination round. The Blues advanced to the final against Bayern Munich in Munich after overcoming Benfica and Barcelona. Didier Drogba, who was outplayed the whole game, scored a late equalizer and then the game-winning penalty to give Chelsea their first UEFA Champions League victory.