Manchester United will look to pick up their first win in the champions league this season, this is after they suffered a shock 2:1 defeat in the hands of Swiss side BSC Young Boys after they were reduced to 10 men when their right back Aaron wan-Bissaka was handed a straight red card after a malicious tackle.

They were also handed a haevy blow on Saturday during the premier league game against Aston Villa which ended in a 1:0 defeat after Villa netted a last minute winner. Man United talisman and defender Harry Maguire was forced off the game with a calf injury and therefore he will miss today's clash and will be back after a few weeks. 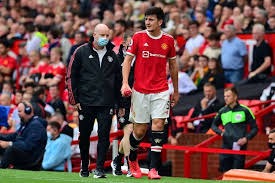 Man United left back Luke Shaw also suffered a knock and didn't manage to train with other players but he joined them later and will hope to get some minutes against Villarreal. If he's not fit enough Alex Telles or Diogo Dalot will feature. 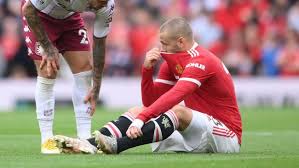 Manager Ole gunnar Solskjer has picked a strong lineup to inject a sweet revenge to their Europa league final against Villarreal, at the heart of defence lindelof will pair Varane and Telles and Dalot at the left and right back respectively. At the midfield McTomminay, Pogba, and Fernandes while in the line of attack Ronaldo, Mason Greenwood and Jadon Sancho will lead. In my opinion this is a good lineup and surely Man United will claim the victory.

Thanks for reading and remember to follow for more sports updates.