Only these two players have done this

By NedXMwangi (self media writer) | 1 month ago

France stormed into the quarter finals of the 2022 World cup in an emphatic fashion after beating Poland 3-1. France came to Qatar withh a heavy burden on their shoulders of defending their crown of the world champions. France overcame the Croatians at Russia in 2018 to lift the most prestigious football honour in the world. Easily cruising through the group, France faced off Poland in a thrilling round-of-16 fixture. France came in as favorites and mostly fancied to get away with a victory which they comfortably got. AC Milan superstar Olivier Giroud opened the dreadlock with a superb finish some moments before halftime. 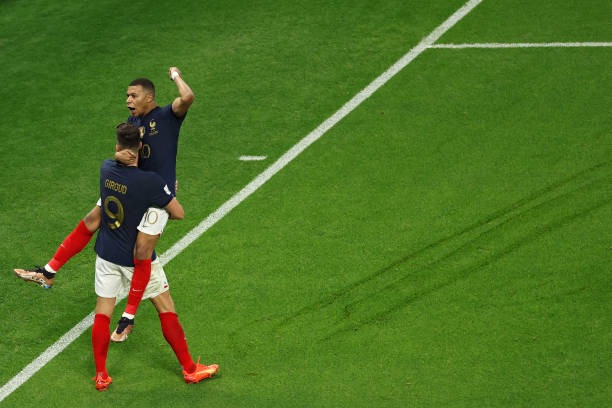 Giroud's strike put his name on the hall of fame because it made him the top goal scorer in the history of France men's football with 52 goals. The record had been held by Thiery Henry with 51 goals. It was an emotional moment for all of France mostly Giroud whose family was watching on the stands. 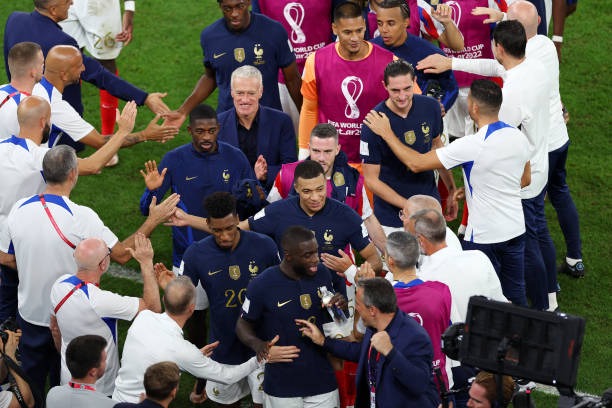 Kylian Mbappe stole the show with a brilliant double in the second half to wrap up the victory. The young superstar scored two spectacular goals to put the game to bed. Mbappe's goals were perfectly taken and also made him break another record held by the great Pelle of Brazil. Mbappe became the only player to reach eight goals in the world cup before the age of 24 years. The Monaco born star took his world cup goal tally to nine after scoring four at Russia in 2018. Mbappe is undoubtedly destined for greatness and it could be less of a surprise to see him reach the heights of his predecessor Giroud. It was a night which records were smashed and France edged closer to defending their crown.

Content created and supplied by: NedXMwangi (via Opera News )