Barcelona megastar Pierre Emerick Aubameyang is understood to be fancying a move to Chelsea and declining interest in Manchester United. The former Arsenal striker wants to play in the Champions League this season, something which only Chelsea can offer between the two suitor clubs. Another determining factor in why the striker wants to join Chelsea is the fact that he previously worked under Thomas Tuchel at BVB, which means that the two already have a chemistry.

Manchester United are hoping to have a late influx of arrivals this summer in a bid to strengthen the squad even further. A last ditch effort was meant to persuade Aubameyang to join Old Trafford as a likely replacement for Ronaldo but all plans have been thrown out the window after the player expressed his preference. Manchester United are now considering other options including PSV’s Cody Gakpo who hinted his interest in playing under Erik Ten Hag in a recent post match interview. 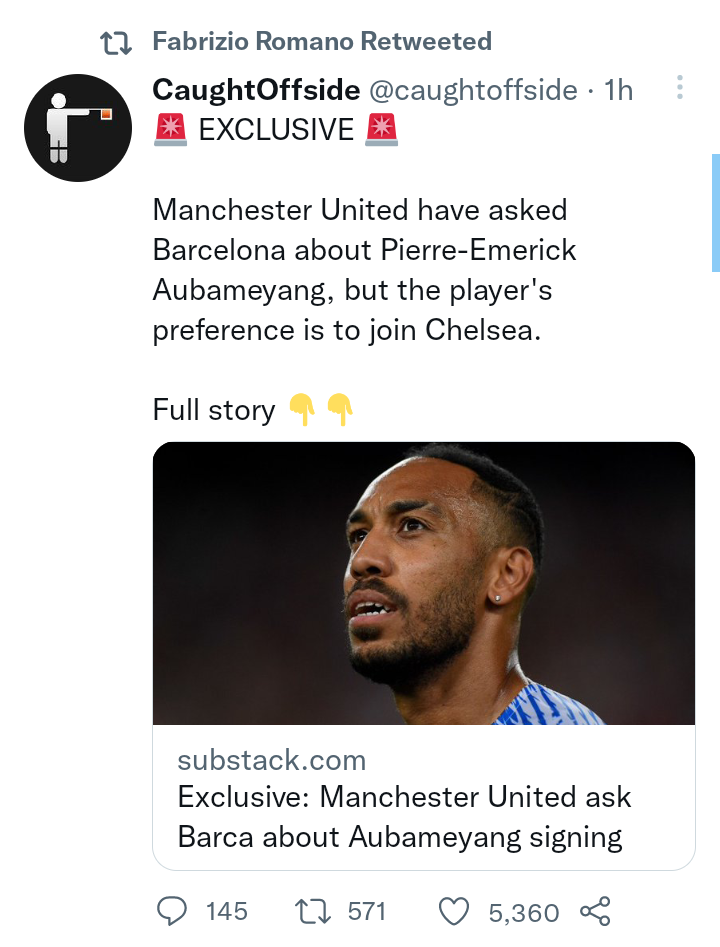 Screenshot: Aubameyang prefers a move to Chelsea over Manchester United

Aubameyang’s rejection and the reasons leading to it are all reasonable and therefore fans have not antagonized him for choosing the bigger club. Ten Hag has also been dealt with the realization that qualifying for the Champions League is very important in England, especially for a prestigious club like Manchester United. If he wants to fully utilize the resources he has within his grasp, he has to ensure that the club is at a respectable level of competition. Tuchel has won the heart of Aubameyang. (Image: Courtesy of Google)

Rashford excelling in the #9 role…

Meanwhile, Rashford will be playing in the #9 role as he has done in the last two matches. Although he has only scored once this season, the potential he has shown so far proves that he can scale greater heights in that role if he works hard in training. Ronaldo will have a difficult time toppling Rashford in that position since Ten Hag believes Ronaldo is not in the right frame of mind to warrant him a start. 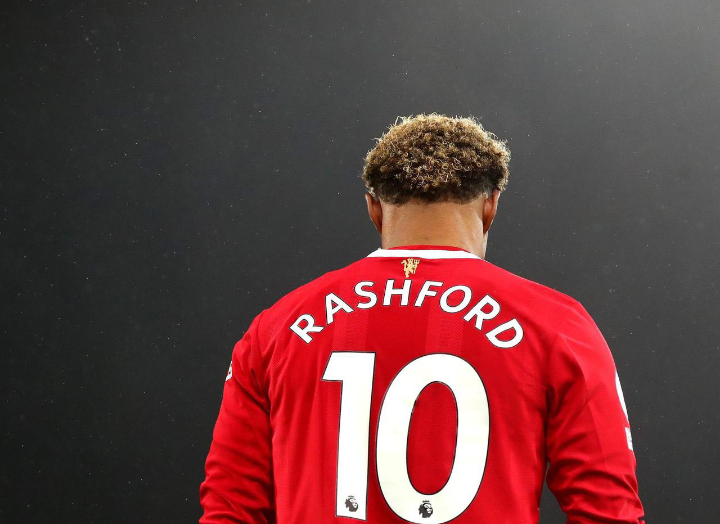 Rashford is holding up well in his new position. (Image: Courtesy of Google)

In his new role, Rashford has a lot of skills that could help him maintain his clinical edge, but at the same time has a few perks that he has to iron out. Since he predominantly played as a winger, he has to adjust to playing as a link up player with the other wingers so that he doesn’t draw out of position. He also has to work on his positioning and heading so that he can become more useful on crosses.

Should Rashford keep his new role as a #9?