By NewtonAgwenge (self media writer) | 7 months ago

European giants Bayern Munich and RB Leipzig have reportedly reached an agreement regarding the transfer of top manager Julian Nagelsman to the Allianz Arena at the end of the current campaign. 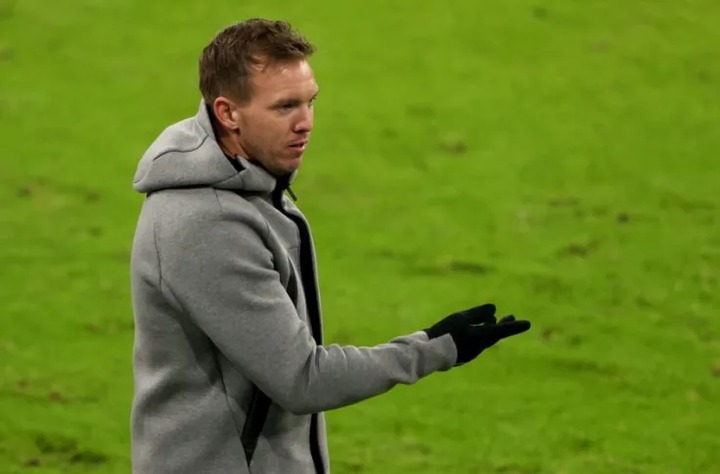 According to latest reports from reputable journalist Christian Falk (via @cfbayern), the two Bundesliga clubs have agreed terms on the transfer of Nagelsman, with the Germany international tactician now set to sign a five-year contract with the Bavarians who will pay €25million to complete the deal. 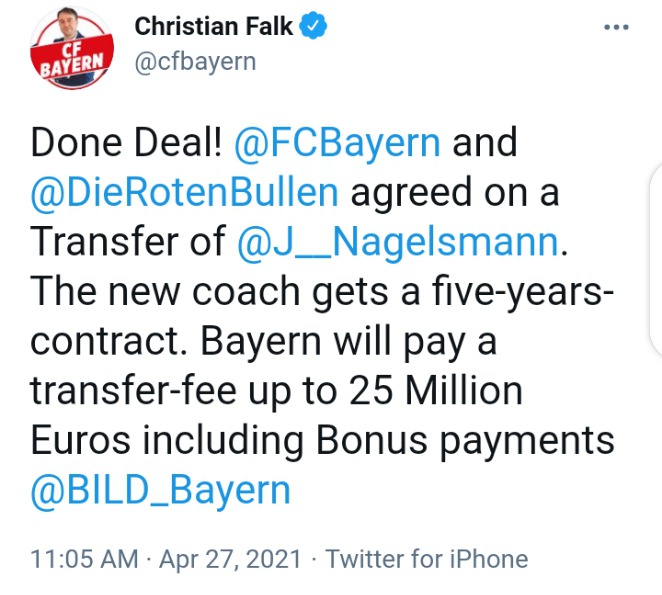 Julian Nagelsman joined RB Leipzig back in July 2018 from Hoffenheim and has since been a huge revelation at the Red Bull Arena, making him to attract interest from several top clubs across Europe including Premier League side Tottenham Hotspurs who was eyeing him as a potential replacement for the recently sacked Jose Mourihno.

However, Bayern Munich have won the race with the 33 year old promising manager now set to replace Hansi Flick who will leave the club at the end of the season to potentially take over the Germany national team as per multiple sources.