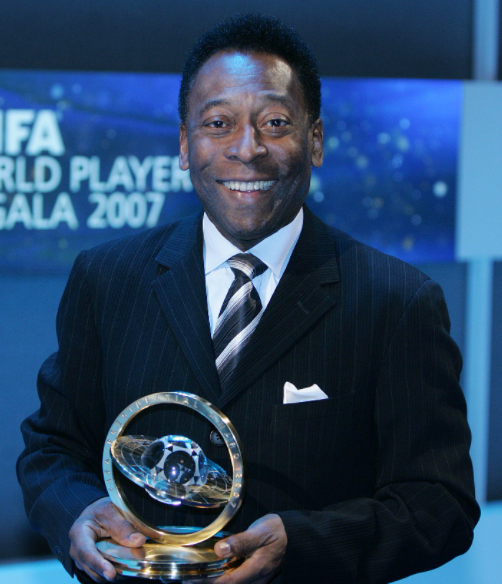 If you are an avid soccer fan, you must have come across stories hailing the Brazilian legend as the greatest ever soccer player. He was a great talent; that is something we can't deny considering that he has won three world cups, a feat yet to be achieved by the two most decorated current GOATs of the game, Cristiano Ronaldo Lionel Messi.

Did he lie about scoring over 1000 goals, though? This article looks into the history of Pele to enlighten you on his achievements so far in the soccer field.

For a very long time, over 40 years, Pele clung to two different goal-scoring feats. He claimed to have scored a total of 757 goals in his career, which was thought to be the highest goals scored by a soccer player, and scored 643 goals with one club.

These records didn't stay forever, though. Just recently, Lionel Messi and Cristiano Ronaldo broke both records. Lionel Messi bagged his 644th career goals with a single club, which in this case was with Barcelona back in December.

On the other hand, Cristiano Ronaldo bagged his 757th and 758th goals in March to shatter the record for most official goals scored. With these feats, you'd actually think that the man who had held these records for such a long time would heartily praise the new achievers.

He, of course, released congratulatory messages to Messi and Ronaldo, but he seemed to suggest that Lionel Messi and Cristiano Ronaldo haven't broken his goal-scoring records yet. With the help of Santos, his former club, they adjusted Pele's goal tally to four figures; a whopping 1, 091 goals for one club.

Scoring the 1 091 goals for one club isn't even a problem, though. What most pundits don't understand is that several of these goals, a whopping 526, were goals that Pele scored in friendly matches and tour games which were all unofficial.

Some of these friendlies were played against prestigious and weaker opponents, for example, a tie against the Sixth Coast Guard, which he also added into the mix. In response to this argument by football analysts, Club Football Santos argued that in all these matches, the players played in official club colors.

The statement also reads that the players also followed the game's official rules, and most importantly, score sheets were used. In appreciation of this statement by his former club, Pele promptly updated his Instagram bio, listing his all-time official goal-scoring record as 1, 283.

This now took care of the goals he scored for the New York Cosmos, Santos FC, and Brazil national team. With that being said, if you go with the statement from his former club and the information he's updated on his official social media pages, Pele doesn't recognize Cristiano Ronaldo and Lionel Messi as having broken his goal-scoring records.

Interestingly, it also implies that he doesn't recognize the feats of Josef Bican, who have been widely understood as the player with the most goals scored in his career with 805 career goals. Pele officially scored 757 goals in his 812 appearances.

That aside, Pele's goal-scoring ratio looks so great, but a close look at the matches he played, you'd be forced to think twice to believe that he really scored those goals; real quick, here is a statistical analysis of the Brazilian's goal-scoring feats. I bet it won't take too long before you spot irregularities here and there.

This is something that Pele may not want you to know. Nonetheless, we will break them down for you to understand why some soccer analysts refute his claims as the GOAT of soccer.

First, the eight goals you see that he hit past Botafogo weren't scored against the Botafogo you're thinking about. They are goals that he scored against another soccer team with the same name as Botafogo.

Again, the goals you see against Nacional were not scored against Uruguayan Nacional. Instead, they are goals that were scored against a stateside based in Sao Paulo.

Finally, Pele has also not scored 4 or more goals in a single match. The 77 goals he claims to have scored in 92 appearances are also just as debatable as the 1,283 goals he claims to have scored. To gauge his real goal-scoring ability, perhaps you may need to look at his international goal-scoring records, which shockingly, he played in four FIFA World Cup tournaments but was outperformed in all of them.

Finally, if you look at Brazil's world cup top scorers, Pele doesn't even lead the charts. It is Ronaldo de Lima who still holds the record with 15 goals in 19 appearances. Pele scored 12 goals in 14 appearances.

Jairzinho is the one who topped the scoring charts for Brazil in 1970 with 7 goals, with Pele managing just 4. With this analytical piece about Pele's records, we're not taking anything away from him but just enlightening soccer fans about his feats. We hope you liked it.

Content created and supplied by: Chuks001 (via Opera News )

Tuesday Super Over And BTTS Predictions