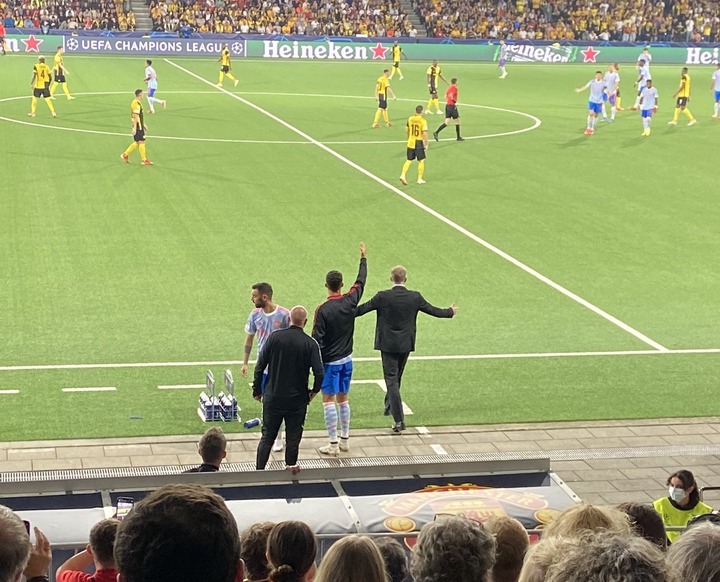 Manchester United suffered a two one loss to Young Boys in the first group stages game of the UEFA Champions league.

Cristiano Ronaldo scored the only goal for Manchester United and was subbed off after an hour with Jesse Lingard replacing him.

On the bench, Cristiano Ronaldo decided to take the managers job in which he started giving commands to his fellow teammates. 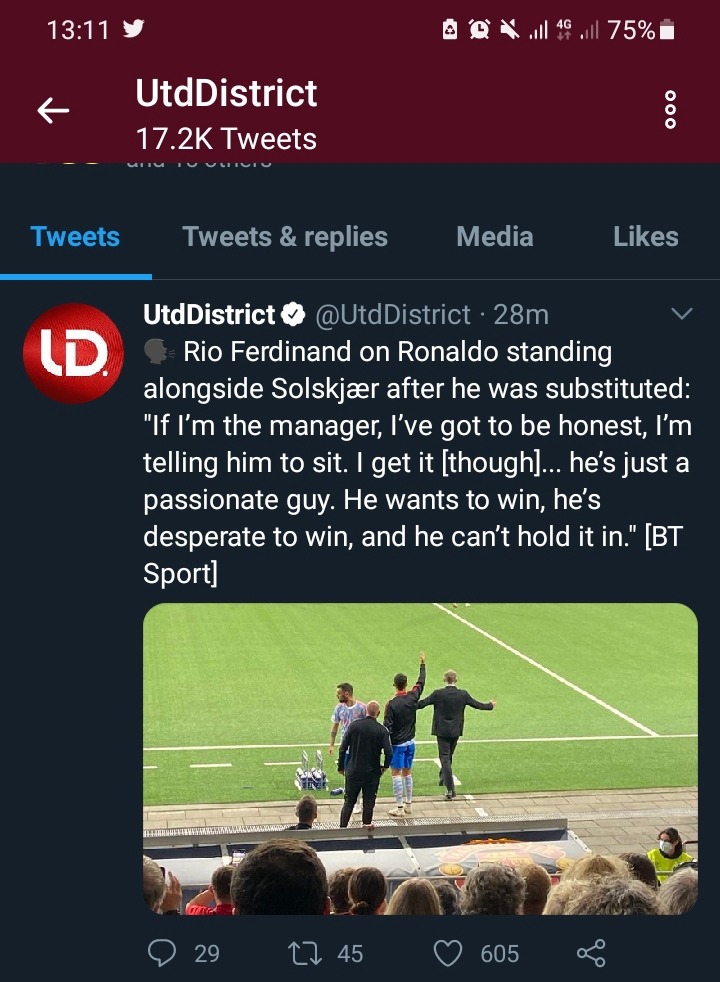 Several football fans were shocked by what Cristiano Ronaldo did, but the 36 years old star player has always been the same on directing his side when he is subbed off which was clear in the Euro 2016 with Portugal.

Former club captain Rio Ferdinand has come out to defend his former teammate as he stated that on BT Sport podcast: