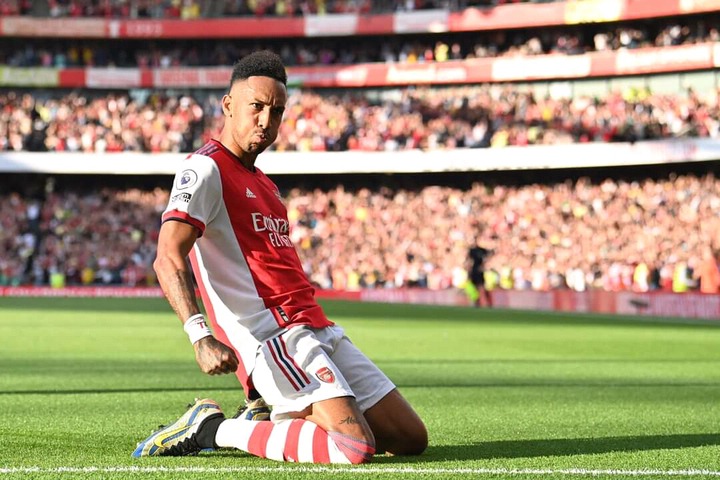 Aubameyang’s knee slide will have irked the Spurs fans hugely but not as much as what happened on 36 minutes as Saka struck with his right foot on the counter attack the goal leading to some Spurs fans leaving the ground before half time.

After slotting Smith Rowe’s pull back home, the Arsenal captain celebrated on his knees in front of the travelling Spurs faithful, much like when Thierry Henry did at Highbury after scoring against Spurs in November 2002.

It was a fine performance from Arsenal but it’s Aubameyang’s goal that would have given fans the most pleasure. It was typical iconic Thierry Henry knee slide celebration as Arsenal legend watches Gunners beat Tottenham alongside Spotify owner Daniel ek. 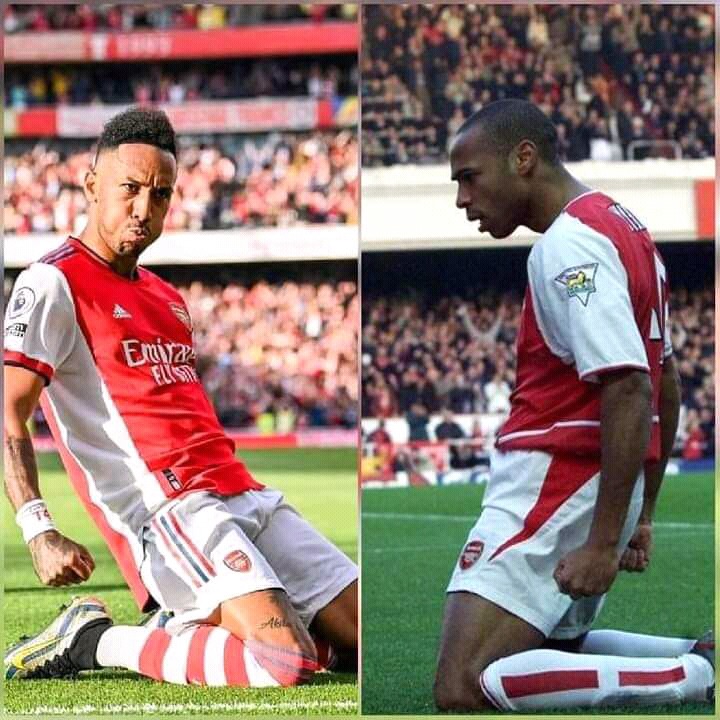 picture courtesy. The resemblance is uncanny

Both sides are in a difficult period but Arsenal played like the superior team because they simply wanted it more.

Smith Rowe gave them a deserved lead on 11 minutes as he fired in Saka’s intelligent low cross. Before Aubameyang double their effort and a sole goal from saka ensured a win for the host. 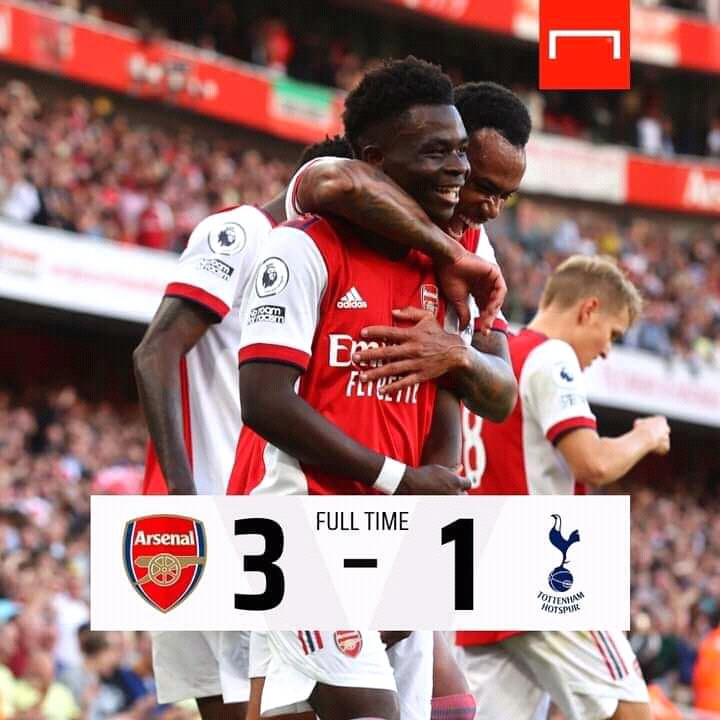