The Belgium and City player is with no doubt the best midfielder in the world. He led city to a premier league title and champions league finals spot. He was voted the best player in the premier league and also finished eighth in the just concluded balon dor awards.

The Red Devil's midfielder broke Frank Lampard's record for most goal involvement by a midfielder in a season. He also led Manchester United to second place and a Europa league finals as a descisive player.

The Her midfielder has been influential over the years for Bayern Munich. He is the brain behind Bayern's ruthless attack.

The Manchester city young star was voted the best young player in the premier league. He was influential when they won the title and reached the UCL finals. 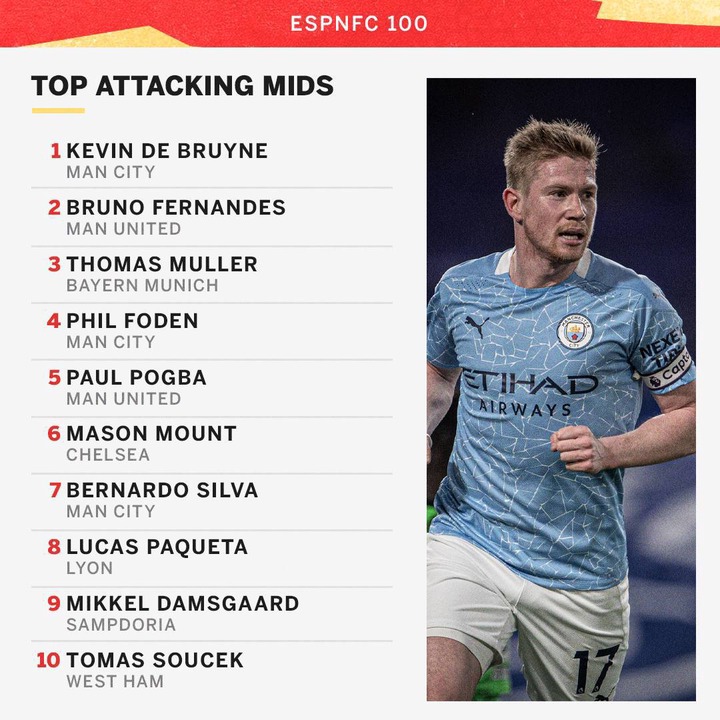