By advanced (self meida writer) | 23 days

Tottenham Hotspur was hoping to impress their fans on their return to stadium in a match against Aston Villa on Wednesday.

However, things didn't go as planned as Sergio Reguilon scored an unbelievable own-goal to equalize for Aston Villa.

The Spanish Left-back has spend most of his first season at the club playing behind-closed-doors.

The star swiped the ball at the edge of his home team 18-yard box sending it flying past a helpless Hugo Lrolis and into the net. 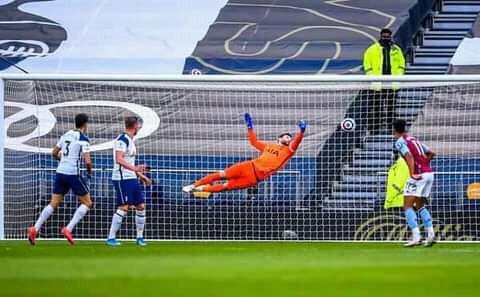 This was one of a kind effort from Reguilon, that has to be the funniest own goal of this season.

At first Watkins didn't celebrate as he couldn't believe what he just saw, but it later dawned on him that they just had scored a goal effortlessly. 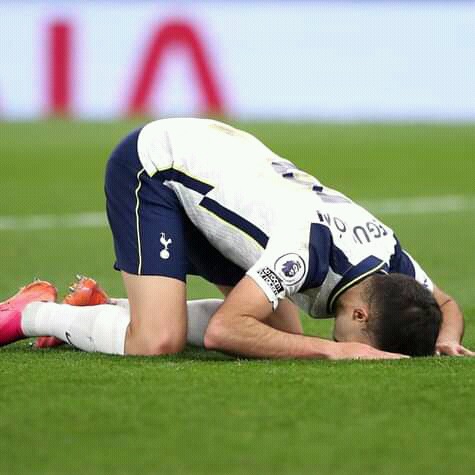 Spurs had been leading thanks to a goal by Steven Bergwijn in the 8th minute of the proceedings.

Moments after spurs went 1-0 ahead, Villa would have been awarded a penalty after Spurs goalkeeper wiped out Watkins in a penalty area. however, the referee gave no foul and VAR agreed with him.

Just minutes before half-time whistle, Watkins capitalized on a woeful defending from the Spaniard to put villa 2-1 up.

The match ended in a 2-1 defeat to Tottenham Hotspur. 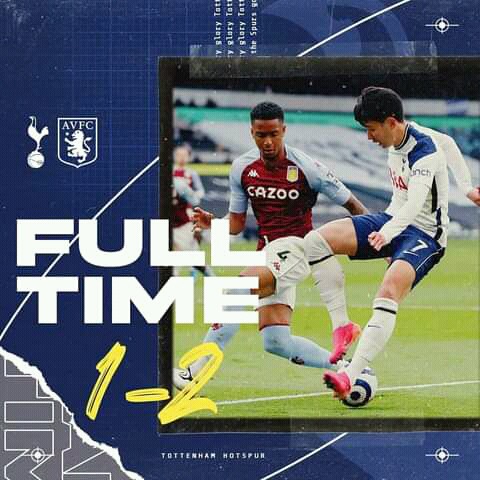 Denmark vs Finland Match to Resume after Confirmation that Eriksen Well

Tension In Euro 2020 After Eriksen Collapses On Pitch