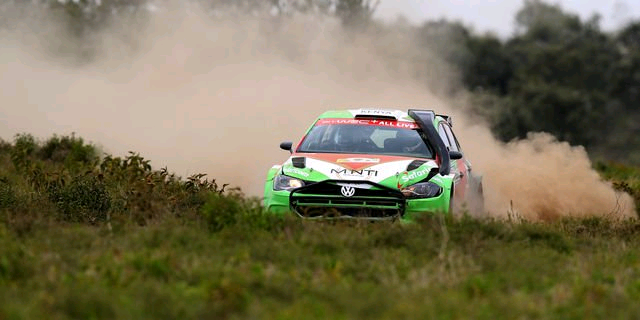 Tundo and Jessop currently lead the 2021 African Rally Championship season, having won the Equator Rally in Kenya and the Tanzanian event in a Volkswagen Polo car

Tundo’s aim is to win the ARC title for the first time in his rallying career.

When the Zambian Rally is flagged off Saturday morning in Lusaka, Carl Tundo and Tim Jessop will fly the Kenyan flag, hoping to collect crucial points in the race for the 2021 African Rally Championship title.

The Kenyan crew is part of the 19 entries received by organisers of the two-day Zambian Rally as at Friday evening.

South Africa and Rwanda will host the final two events of the 2021 African Rally Championship series which will be run by the respective hosts.

Tundo’s aim is to win the ARC title for the first time in his rallying career. He has already won the Safari Rally five times, the East African Safari Classic Rally once, and has clinched the Kenya National Rally Championship title on five different occasions.

Manvir Baryan was the last Kenyan driver to have won the African Rally Championship title on three different occasions. He won his last African title in 2019 before the series was put on hold due to the Covid-19 pandemic.

The event, which is the seventh round of the 2021 KCB Kenya National Rally championship, will be staged on October 8 and 9 by the slopes of Mount Kenya.

Bimal Patel will be the event’s director and Bharat Pattni the clerk of course.

Hitesh Chouhan will be the competitor relation officer and Nazir Yakub the club steward.

Chouhan, who is now based in the UK, is expected to fly back to Kenya in the first week of October.

"I was a navigator for about eight years. I navigated for Kunal Pattni, Tejveer Rai and Ghalib Hajee. But now I am concentrating on rally management only," Pattni told Nation Sport.

Yakub navigated for Chouhan in a few rallies before the latter turned co-driver and navigated Patel.

The rally programme will start with the official reconnaissance of the stages on October 8. The main competition will take place on October 9.