Official:Real Madrid Manager's Exit From The Club Confirmed As New Boss Is Revealed

By Annnjeri (self media writer) | 7 months ago

After months of speculations about his Real Madrid future, Zinedine Zidane's second stint as the manager for the Clasico giants has come to an end with the club expected to release a statement confirming his exit.

Zizou, who took over the reigns in 2016 following a successful stint with the Castilla first resigned in 2018 only to return in 2019 after Julen Lopetegui and Santiago Solari's miserable spells as managers.

The 2020/2021 season was the first time in the Frenchman's managerial career that had seen him finish a season empty-handed having won consecutive champions league trophies in 2016,2017 and 2018. 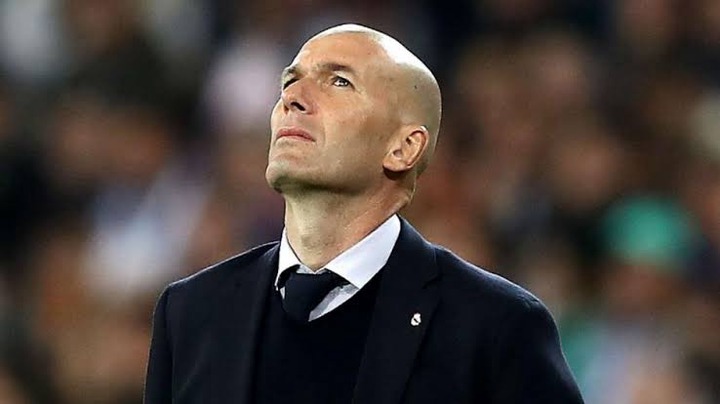 Italian football journalist Fabrizio Romano took to his Twitter handle to confirm that Zidane was leaving the Spanish giants and that former Juventus boss Allegri and Real legend Raul are being considered for the position.

"Real Madrid and Zinedine Zidane will both publish an official statement in the next hours/days to announce that they’re parting ways. Zidane is 100% leaving. Real Madrid are in direct contact with Allegri since March but he’s now in talks with Juventus and Inter too."Romano tweeted.

The ESPN has further revealed that the Frenchman had asked for a few days to consider his future and confirmed his decision to the board and the players.

It has been claimed that mental and physical as the reasons he was leaving amid links of being the man to replace Juventus boss Andrea Pirlo whose future is at stake following a fourth-place finish in the Serie A.