By Maksports (self media writer) | 16 days ago

It was a night to forget for Bonnucci and the Azzuris as their Euros honeymoon was cut short by Spain. Italy went into the match holding their longest unbeaten run in international men's football history and a series of stellar performances but Spain were determined to avenge the Penalty exit from the Euros in the hands of the Italians. 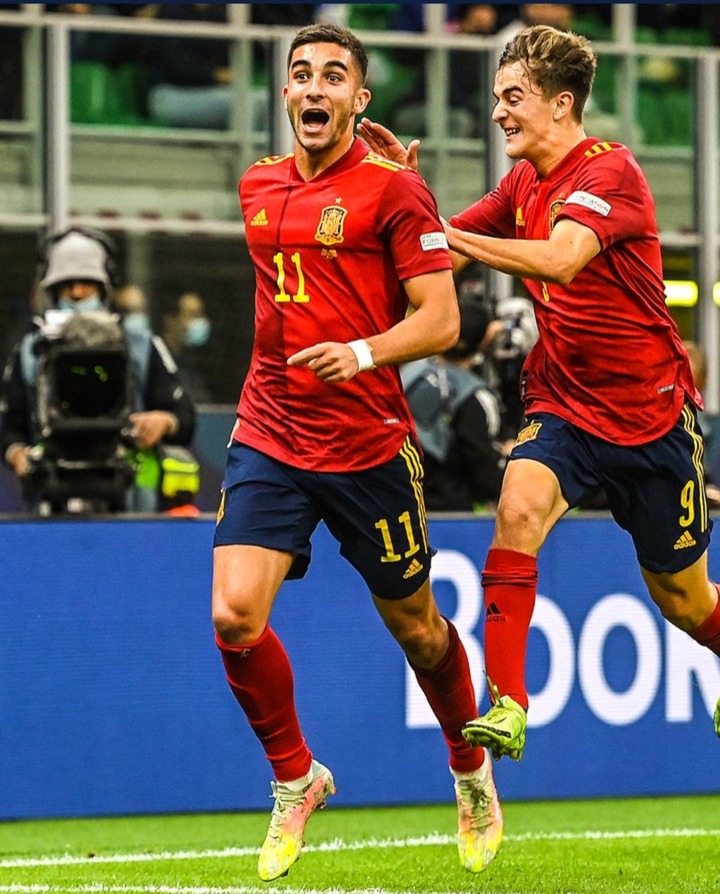 Gavi (9) celebrates his teammate's goal on his debut for Spain

.. the inform and red hot Ferran Torres netted twice in the first half to give Spain the deserved lead Bonnucci who was already on a yellow appeared to elbow Busquets in the first half , an offence that the referee deemed bookable and sent him off for an early bath with the second yellow 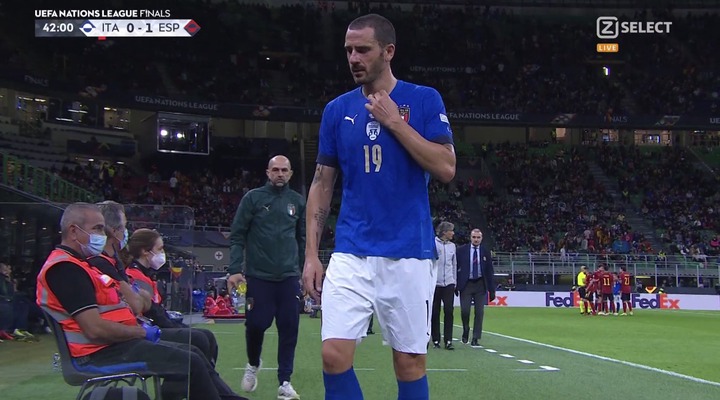 Bonnucci walks off the pitch after being sent off

Lorenzo Pelegrini pulled one back for the Azzuris in the 83rd minute but it could not go anywhere beyond just a consolation ... their unbeaten run came to an end and Spain proceded to the Nations League final and will play the winner between France and Belgium on 10th 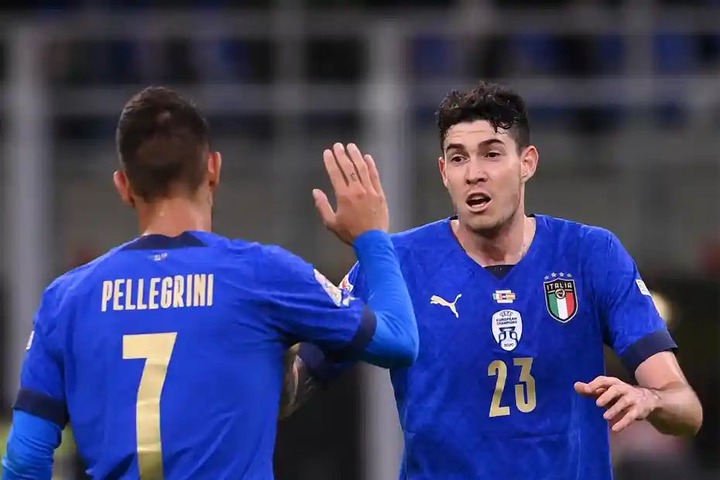 Content created and supplied by: Maksports (via Opera News )