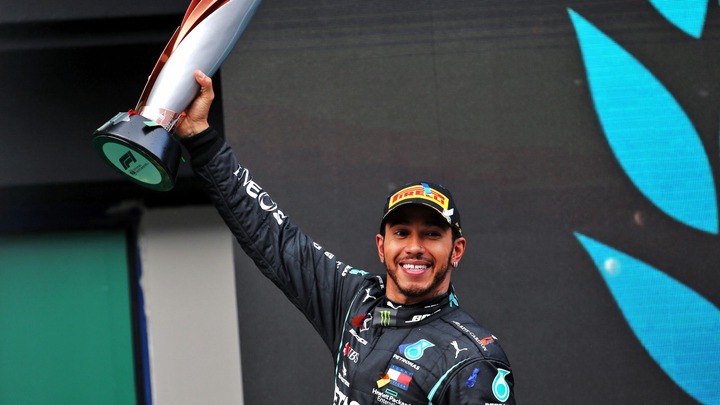 The seven-time world champion and Mercedes driver is in isolation after his positive result was announced on Tuesday morning.

The British driver, 35, has mild symptoms according to his Mercedes team and has been forced to isolate in a hotel in Bahrain for 10 days, ruling him out of the upcoming Sakhir Grand Prix.

His team, Mercedes, said Hamilton woke with mild symptoms on Monday and returned a positive result at a subsequent test and again at a retest.

According to Mercedes, Hamilton was tested three times last week, including at the Bahrain International Circuit on Sunday, where he won the Bahrain Grand Prix. He returned a negative result each time.

It comes after Hamilton marked clinching the championship on November 15 by heading home to Monaco and celebrating with his family.

Hamilton is the third F1 driver to test positive for Covid-19 this season, following Sergio Perez at Silverstone and Lance Stroll in Germany.

Hamilton has claimed 11 victories during 2020, which equals his personal race win record in a F1 season. Schumacher and Sebastian Vettel jointly hold the F1 record with 13 wins in a season and Hamilton's withdrawal from the Sakhir GP

Another Deadbeat? Khaligraph's Ex-Girlfriend Cashy Karimi Claims He Does Not Take Care of His Child

Different ways you can prevent infections of your private organs