Ole Gunnar's side Manchester United welcome West Ham at Old Trafford today In the Carabao Cup. Manchester United will be hoping to defeat David Moyes again so that they Qualify to the next round. They have reached the semi-finals of the competition in the last two years and will be looking to improve on that this time around.

However some stars may be absent on the starting lineup as Manager tried to rotate so as to give those players who have not played some deserved minutes. So in this article we look at a possible strong squad the manager will field to book a place in the fourth round. Heaton is likely player who will be named in between the post to replace De Gea who was on form against Westham as he parried away Mark Nobble attempt to score from the spot.

Telles, Lindelof, Baily and Dalot may partner in the defense meaning that Maguire, Varane may just appear on the bench. They have played all their previous matches. Van De Beek and Matic may partner in the midfield as Juan Mata plays the attacking role. Van De Beek started in the UCL loss to Young Boys but today he may be selected to start. 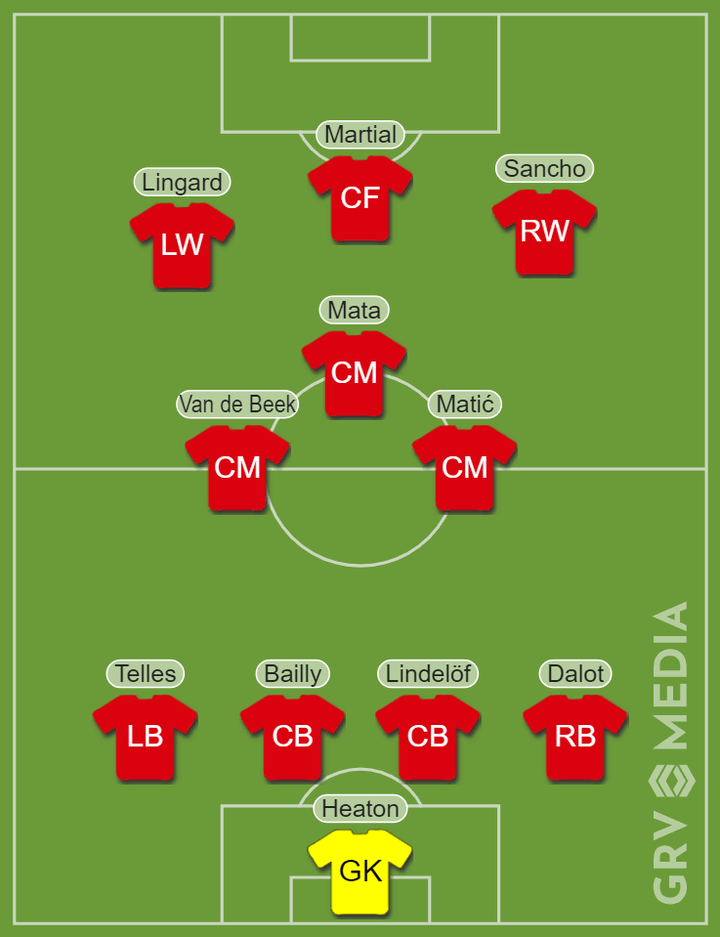 Bruno and Ronaldo may be rested in this match so we expect Martial, Lingard and Sancho to spearhead the attack. Uruguayan international, Cavani will be a good option should Ole Gunnar opt to use his experience in the forward role.

Will Manchester United defeat Westham United Tonight? Share with us your views on the same.