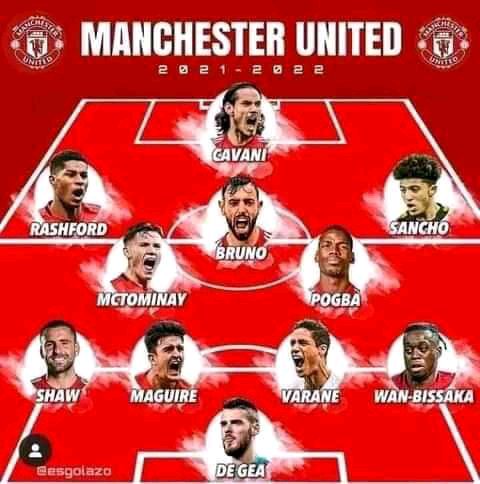 Manchester United will be looking to return to winning ways in the Premier League when they travel to Villa Park to take on Aston Villa on Saturday evening.

The Red Devils recorded a 1-0 victory over Villa when the two teams met in the FA Cup on Monday, with Scott McTominay scoring the only goal of the third-round contest at Old Trafford.

Manchester United are expected to be boosted by the returns of Cristiano Ronaldo, Harry Maguire, Jadon Sancho and Phil Jones for Saturday's Premier League clash with Aston Villa.

All four players were absent against Villa in the FA Cup on Monday, but interim head coach Ralf Rangnick is likely to have the quartet available for selection at Villa Park.

Paul Pogba is currently the team's only confirmed absentee through injury, but Luke Shaw and Scott McTominay are suspended, while Eric Bailly is in action at the Africa Cup of Nations.

Therefore Manchester United possible starting lineup will be; De gea will start between the two posts.

The back four would consist of Luke Shaw, Victor Lindelof, Phil Jones and Aaron Bissaka.

The midfield could be controlled by Mc Tominay, Fred Sancho and Bruno Fernandes. 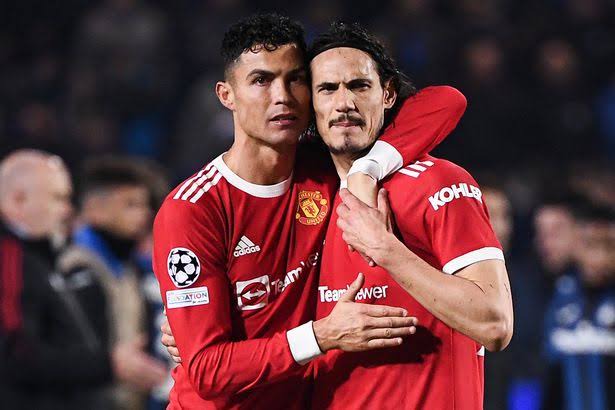 The finishers will be Cristiano Ronaldo and Edison Cavani.