Following Arsenal's 3-1 victory over Aston Villa, here are the latest stories from the club. 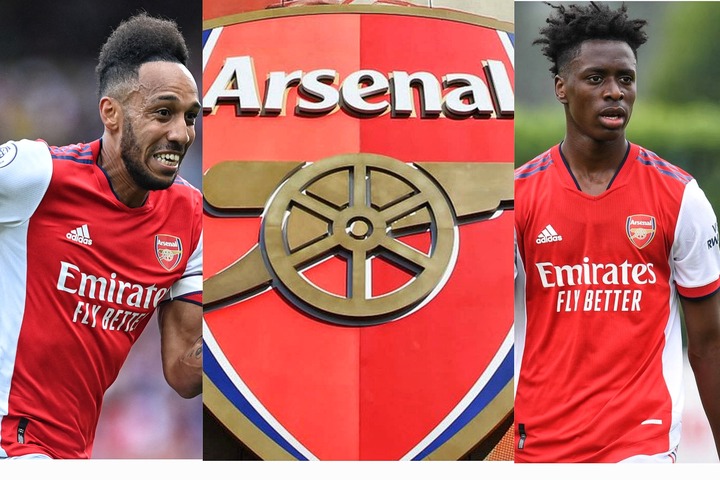 Aubamayeng has been in excellent form, scoring in the last four games in a row. Aubameyang is currently sixth in the Premier League top scorers standings with four goals, three behind the league's leading scorer, Mohammed Salah. Aubameyang's goal against Aston Villa was his 44th Premier League goal for Arsenal at the Emirates, putting him two goals behind Arsenal's leading scorer at the Emirates, Robin Van Persie. It's not the most iconic record, but Aubameyang is only two goals away from becoming Arsenal's top scorer in the Emirates Stadium, and with his current form, it's only a matter of time before he is crowned the Premier League's King of the Emirates. 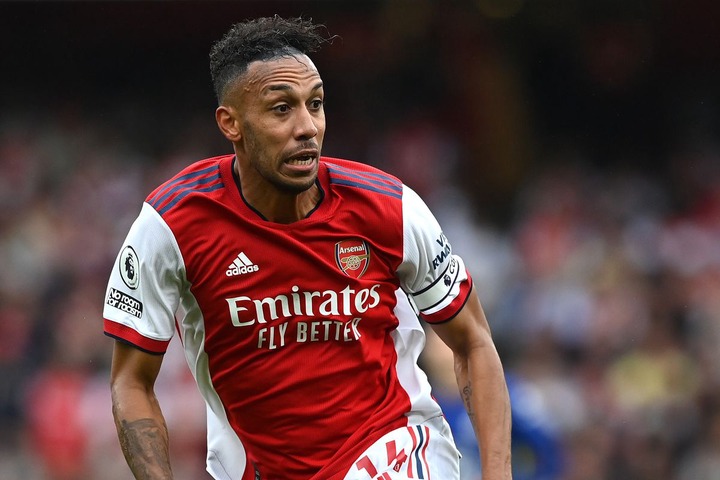 Albert Lokonga Sambi commanded the midfield against Aston Villa last night. He was Partey's partner in crime at Arsenal's midfield pivot, despite his work being underappreciated. Many doubted that Partey and Lokonga could form a complementary partnership in Arsenal's midfield before the game, but after dominating against a team that thrashed Manchester United, Arterta may have found his midfield pivot. 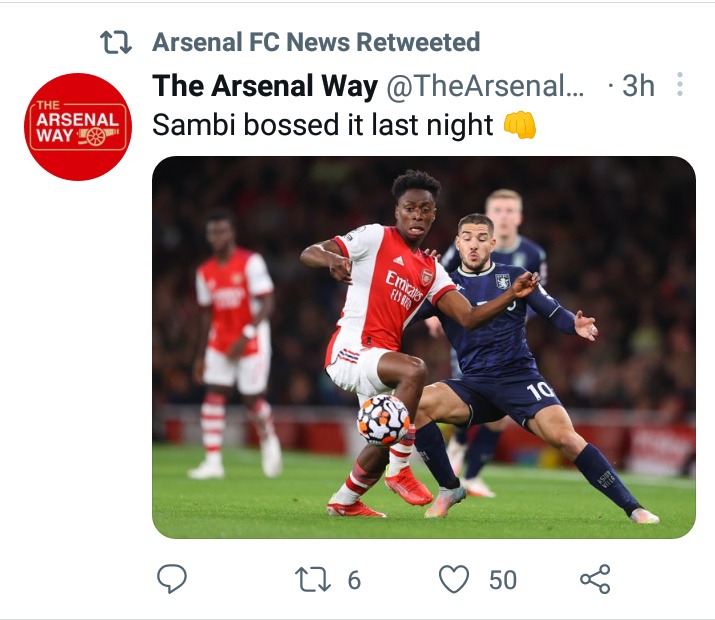 Although Arsenal easily defeated Aston Villa in a 3-1 goal thriller, Arron Ramsdale was left fuming at the end of the game after a costly error by Partey allowed Aston Villa's Ramsey to score. Ramsdale was enraged because he felt Partey and the other defenders were sloppy in allowing Aston Villa players to pass through them for Aston Villa's goal, which cost him the clean sheet for which he had been making impressive saves all game. 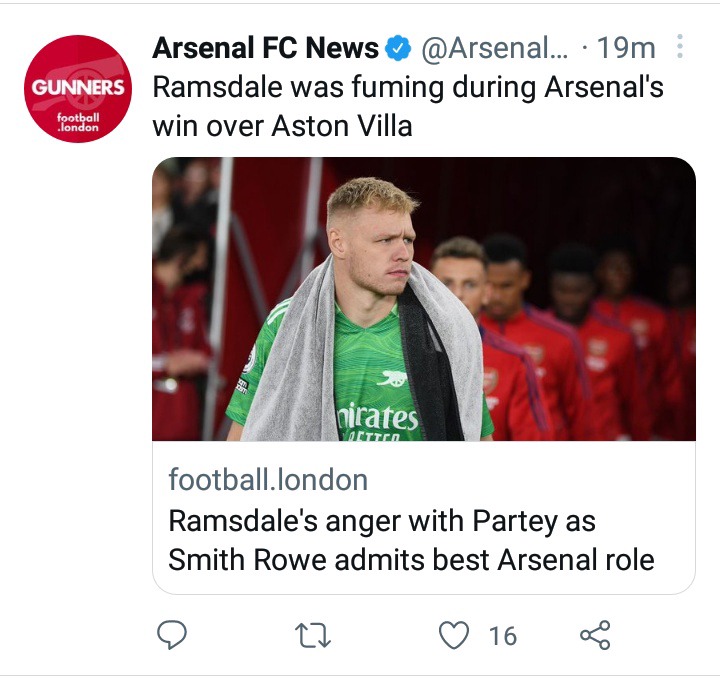