By EASPORTS (self media writer) | 1 year ago 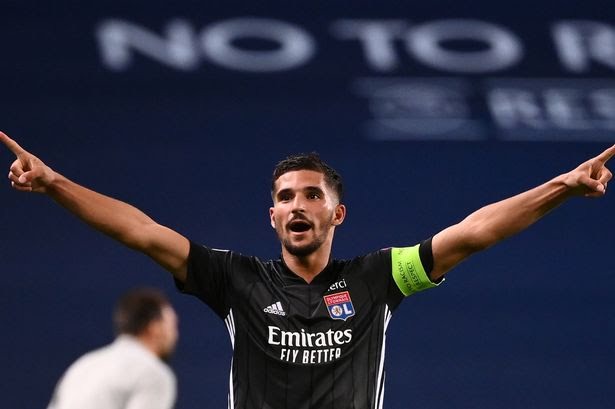 Olympique Lyonnais are reportedly eyeing a move for AC Milan midfielder Lucas Paqueta, as the Ligue 1 side prepare for the possible departure of three of their key players.

Arsenal manager Mikel Arteta is a fan of Aouar and is considering to bring him to Emirates Stadium . Their were reports that the agent of the midfielder was spotted in London this week earlier but the future of the player remain uncertain in France.

The French club upset the odds to reach the Champions League semi-final last season, with a memorable victory over Manchester City along the way.

Arsenal are looking forward to bolster their midfield knowing keenly that English premier league competition is so tight and in addition their are other titles to challenge for .

Aouar is believed to have played his last game on Tuesday with Lyon when the club suffered a 2-1 defeat. The French international was sent off before the game ended .

It's also believed that the Player is in talks with the gunners and is about to sign a 5 year contract.