The Team With Most Goal Scorers Across Europe This Current Season.

Chelsea lead the goal Scorers this season in the premier league. In The Uefa Top Five leagues, the Blues under management of Thomas Tuchel have 12 different Scorers.

Romelu Lukaku has scored three goals for the chelsea team. He was signed from inter Milan to steer chelsea to at least a trophy immediately. However recently he hasn't found the back of the net in four matches. With a possible injury to rule him out against Brenford over the weekend, we expect him to be back strongly.

Trevor Chalobah has two goals for chelsea this season. The defender netted in his opening match for chelsea against Crystal Palace. He then added his second chelsea goal against Southampton just before the international break as chelsea beat Southampton 3-1.

No team in Europe top five have more goals than chelsea. The nearest opponent have 11 different goal Scorers. This is Manchester city and Inter Milan. 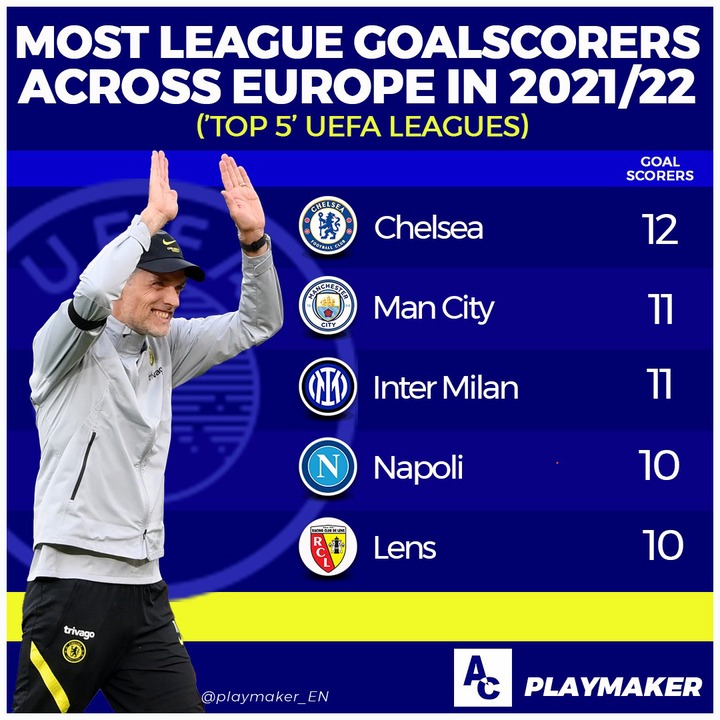 Will chelsea continue with that impressive record of scoring to win the premier league this season? Share With us your views on the same.