1. The English Premier League club of Arsenal, has Arsenal decided to push again for a deal with the Italian Serie A giant club of Juventus for the Brazilian international Arthur Melo. However, there is nothing that has been agreed until now in regard to the deal.

Arsenal want Arthur Melo on loan, so that he can stay at the Emirates until the end of season. It's up to Juventus now to approve the deal and allow the Brazilian international to join the Gunners. 2. There are no negotiations on the French club of Paris Saint German's side to sell Mauricio Icardi in the January transfer window. There are no proposals that have been reported from other teams on Icardi and PSG has not opened talks with any other clubs to replace Icardi.

Icardi has not managed to keep up with the good performance that he had been putting at his former club of Intrer Milan. 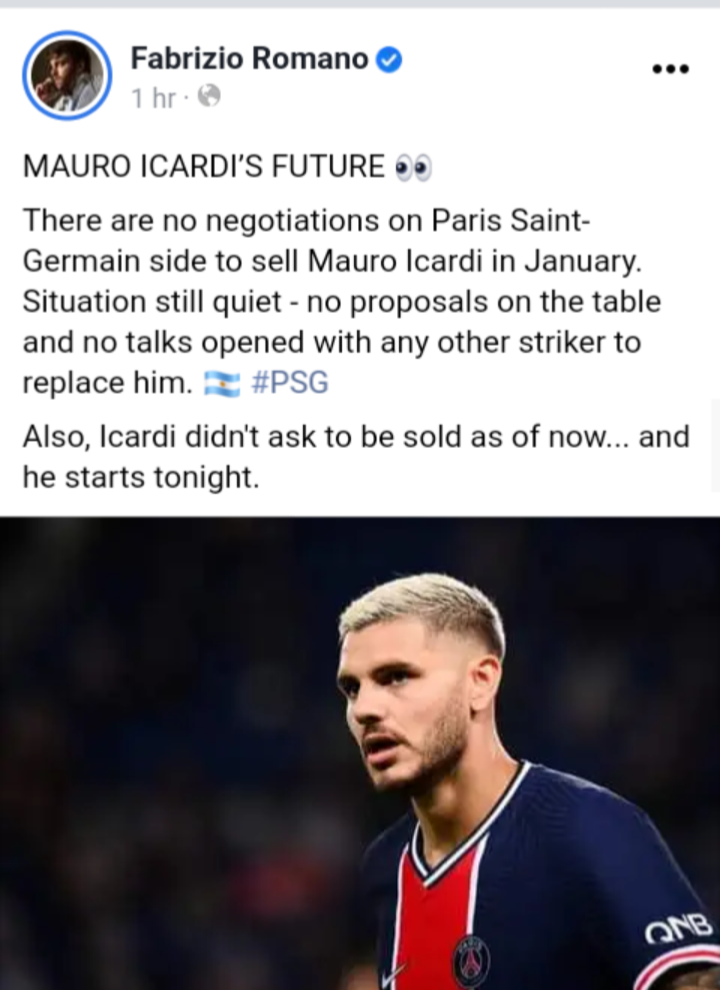