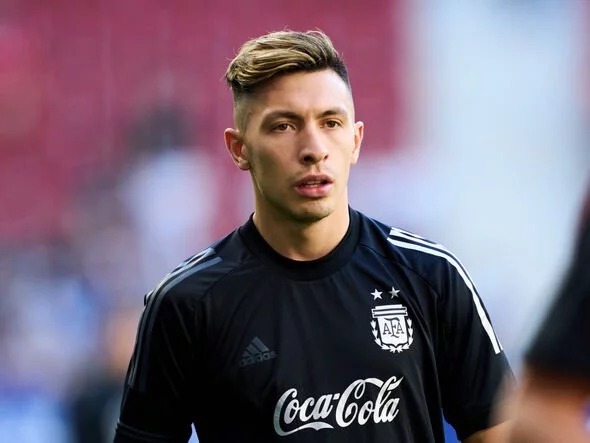 According to reports by Italian transfer Guru Fabrizio, "Manchester United official proposal for Lisandro Martinez, better than Arsenal's one but not enough yet . AFC are still there "

"Lisandro will ask Ajax to leave, as he wants PL move" 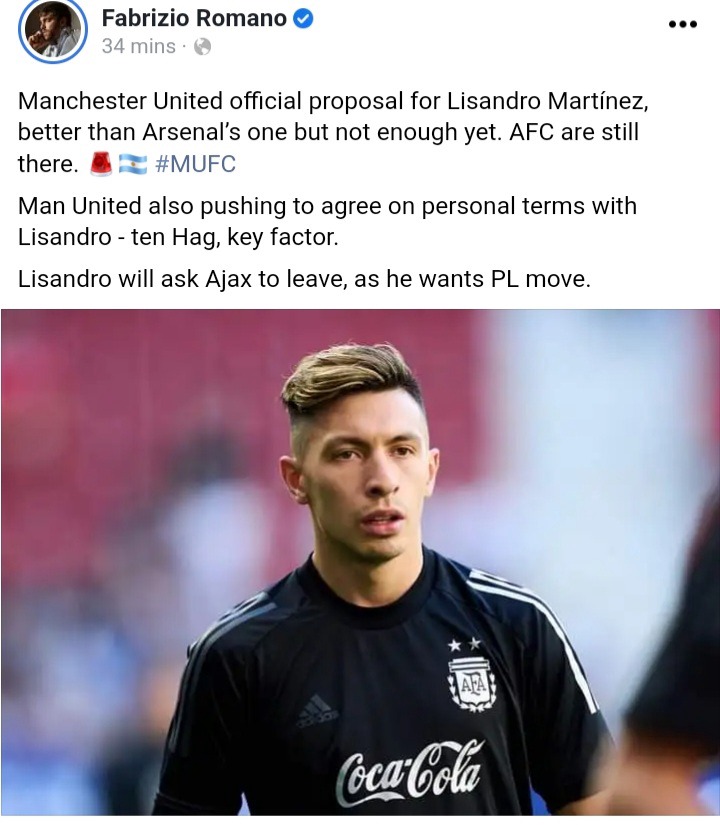 Arsenal also interested on the same target but The Athletic report that the player would prefer to link up again with former boss Erik ten Hag.

Manchester United have made a £40million bid for Ajax defender Lisandro Martinez looking to fend off Arsenal's interests for the Argentine international by offering the Dutch club a deal close to their £40million valuation.

Martinez has told Ajax that he wants to be allowed to move to England. He sees it as life time opportunity and believes his style of play will suit the Premier League perfectly.