English Premier giants Manchester United are said to be working on another significant signing after the arrival of Wout Weghorst from Burnley on loan.

Erik Ten Hag side has been in form this season as they stand at position four with 39 points same as Newcastle who are at position three but they have less goals. 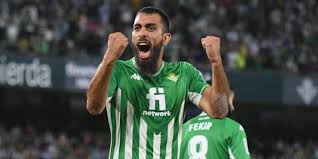 The Red Devils will be on the front for a new striker this summer as they look to fill the gap Christiano Ronaldo left keeping in mind that Weghorst is at the club on loan.

Erik Ten Hag will be looking to bolster his forward by signing appropriate striker with likes of Victor Osimhen and Harry Kane having been linked .

However,according reports(Telegram) ,Tottenham forward Harry Kane has preferred to stay at the club and could sign a new deal something that could hinder United to pursue his signature while on the other side,Napoli demand £123.6m for the Nigerian which United sees to be extremely expensive. 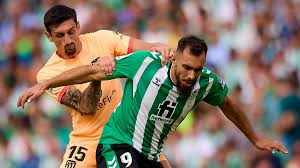 According to Estadio Deportivo,Manchester United have focused their minds on Real Betis striker Borja Iglesias.

The 30-year-old has bagged 185 goals from 408 appearances which has lured Ten Hag to consider him as he is capable of finding back of the net anytime .According to the same outlet,Estadio Deportivo, Betis are willing to sell the forward for £35.3m which is relatively fall well within Manchester United budget and would present Ten Hag with affordable and prolific options.

The report claims a move could even go through before the January window closes, though a summer switch is also an option. 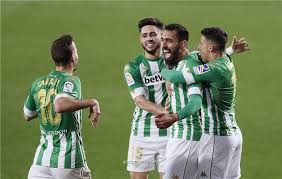 This could be good news to Manchester United United fans whom have been raising concerns over Weghorst goals drought despite playing two games without scoring a single goal.

What are your views on this article ? Whom do you think suits Manchester United forward ?Kindly comment and follow me for more.

Content created and supplied by: Muyela01 (via Opera News )