By @mandelanelson (self media writer) | 2 months ago 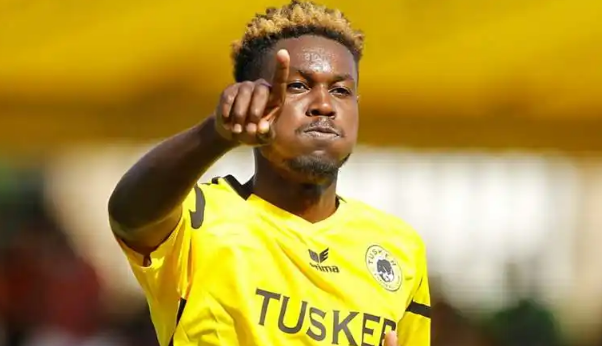 In this transfer window, quite a good number of Kenyan players managed to join international clubs. Such players are Henry Oliver Ochieng, Joseph Okumu, Kennedy Muguna, Henry Meja among many others. The latest transfer news from the club is that of Henry Meja who scored ten goals for Tusker FC in the past Kenya Premier League season.

His previous club Tusker FC tweeted that, "we would like to confirm that our striker Henry Meja is joining Swedish top tier side AIK on a five year deal after completion of talks between the two clubs." As quoted.

Henry signed a five year deal until September first 2026 with AIK. With his great potential in football, Henry is expected to uplift the dreams of AIK to a greater level. This also shows that, our premier league teams are also naturing talents of our players by enabling them reach greater levels. Football fans, coaches, players among many others have wished him well as he enables the dreams of AIK come to true.

Content created and supplied by: @mandelanelson (via Opera News )