By FootballSportsNews (self meida writer) | 15 days 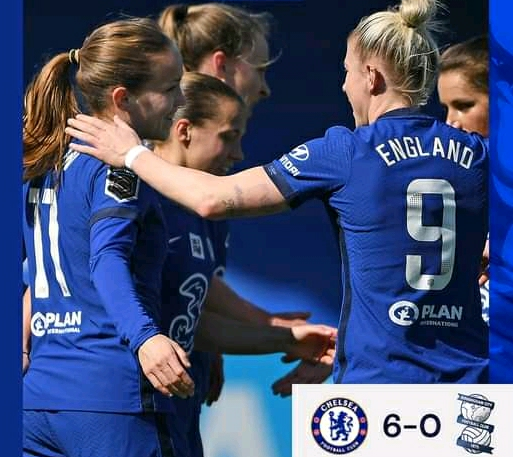 Chelsea Women Football club rained terror on Birmingham Women at home where they demolished them 6-0 to clinch a clean sheet victory. Chelsea goals were scored by current Barclays Women Super League topscorer Kerr (hattrick), Kirby (brace) & Reuten to ensure a clean sheet victory as Chelsea are a victory away from becoming the 2020/21 England Women Super League Champions & they will play 2nd placed Manchester City Women Football Club next week on their final fixture. After the 6-0 victory, Chelsea climbed to the top of Super League table with 50 points while Birmingham remained in position 9 with 13 points. Manchester City Women football club edged Tottenham Women FC 3-0 away from home, goals courtesy of Weir, Beckie & Spence who scored an own goal. After the 3-0 win, Manchester City climbed up to position 2 with 48 points while Tottenham remained 8th with 14 points in the Super League Table standings. 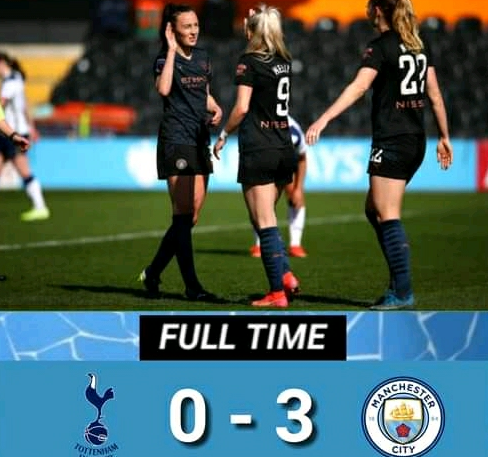 Manchester United Champions League dreams next season suffered a huge blow after losing 1-0 to to Brighton Women FC away from home. Brighton only goal was scored by Kaegman through a penalty in the first half but Manchester United failed to redeem themselves as they lost 1-0 at full time to drop to position 4 with 38 points in the Super League. Arsenal run riot over relegation Bristol Women FC where they won 4-0 away from home. Arsenal goals were scored by Miedema (brace), D Van De Dunk & Mead to seal an emphatic 4-0 cleansheet victory to displace Manchester United Women FC in position 3 with 38 points but superior goal difference. 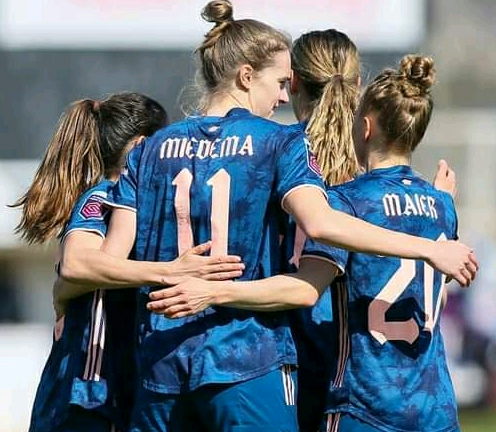 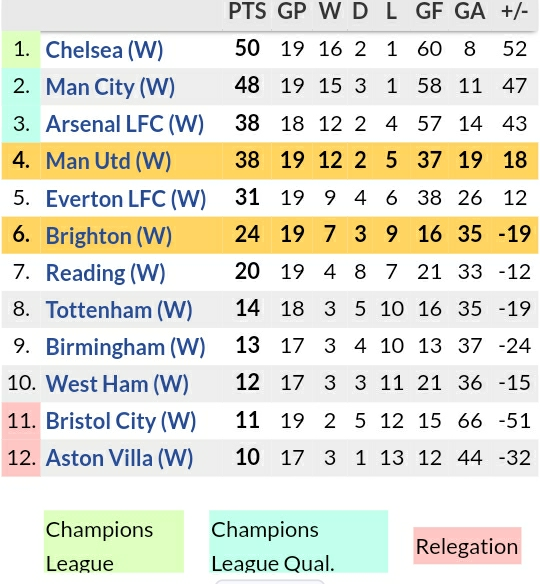