By Sportyboy (self media writer) | 2 months ago

Arsenal managed to beat Newcastle by two goals which saw them climb up to fifth in the premier league table with 23 points. Goals from Bukayo Saka and Gabriel Martinelli ensured Arteta’s men had the much deserved three points. It was an appealing performance from Arsenal youngsters and one player who stood out was Brazillian youngster Gabriel Martnelli. 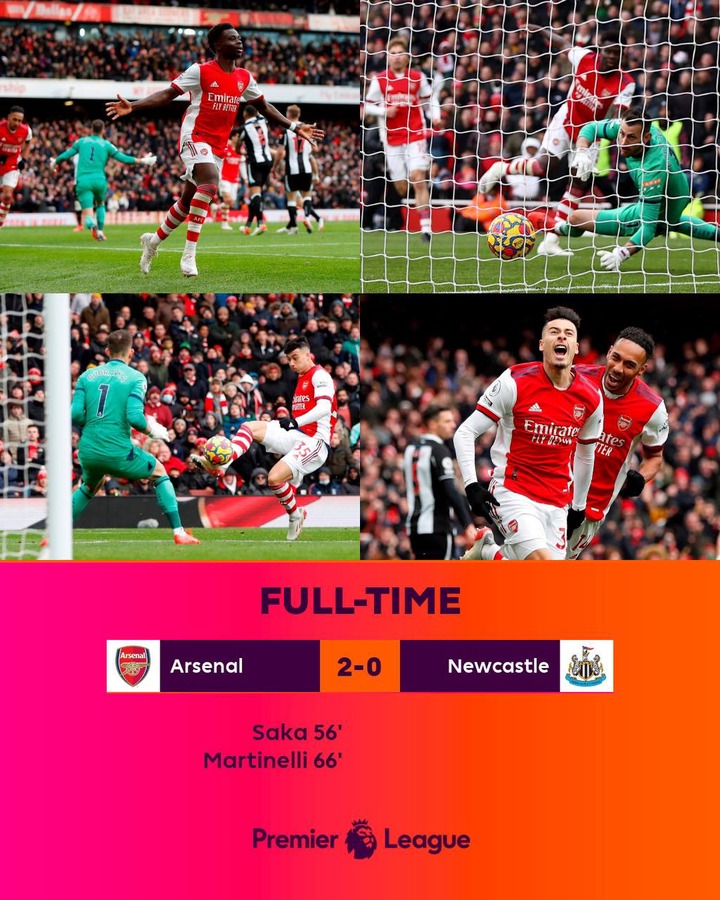 The youngster came on as a substitute for Bukayo Saka who was injured in the second half and managed to score Arsenal’s second goal. He also created a couple of chances that saw Arsenal attack but did not manage to score a third goal. He however has raised a debate as Arsenal fans have started questioning why Mikel Arteta has been benching him despite his great ability on the ball. The debate has even extended to a comparison with Aubamayeng who has been quite poor of late. 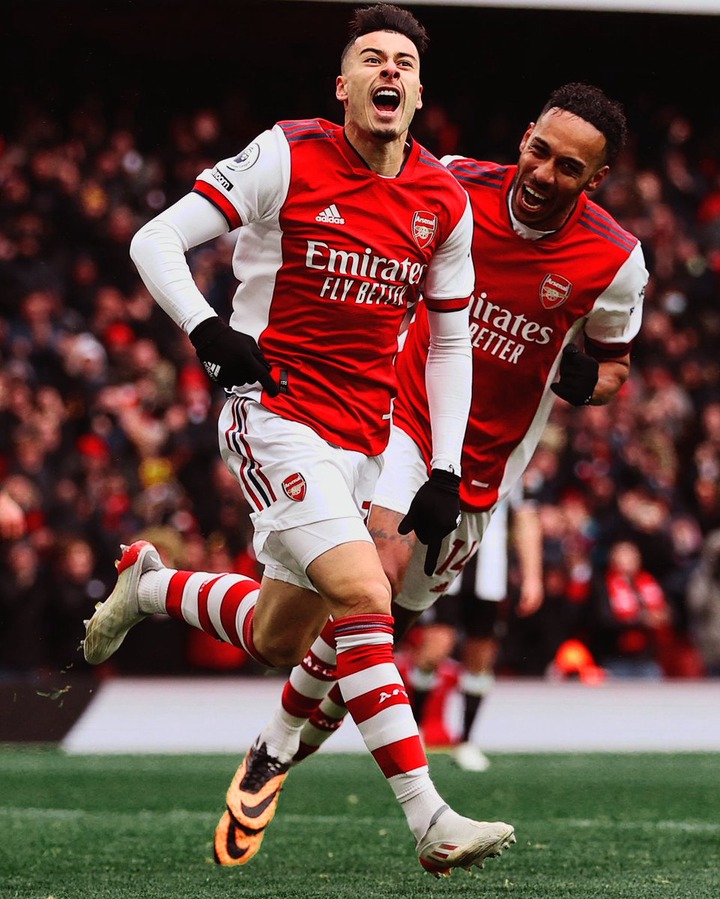 Some Arsenal fans have suggested that Martnelli should start as the main striker on Thursday when they travel to face Manchester United at Old Trafford. These are some of the views of some Arsenal fans on his performance. 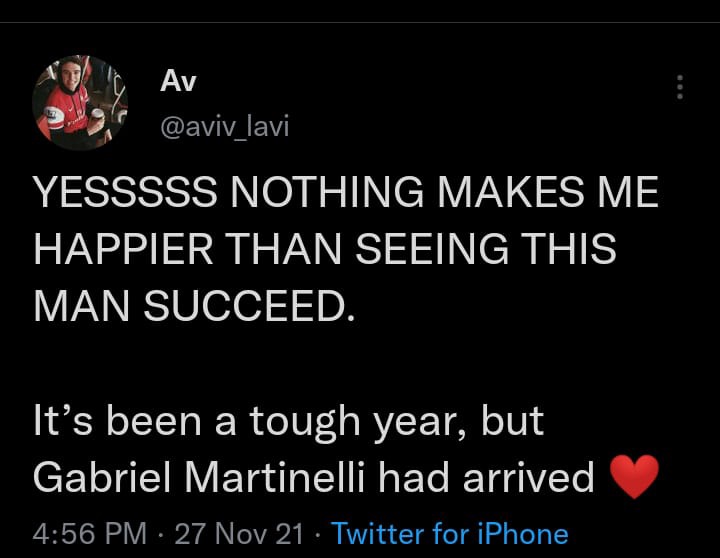 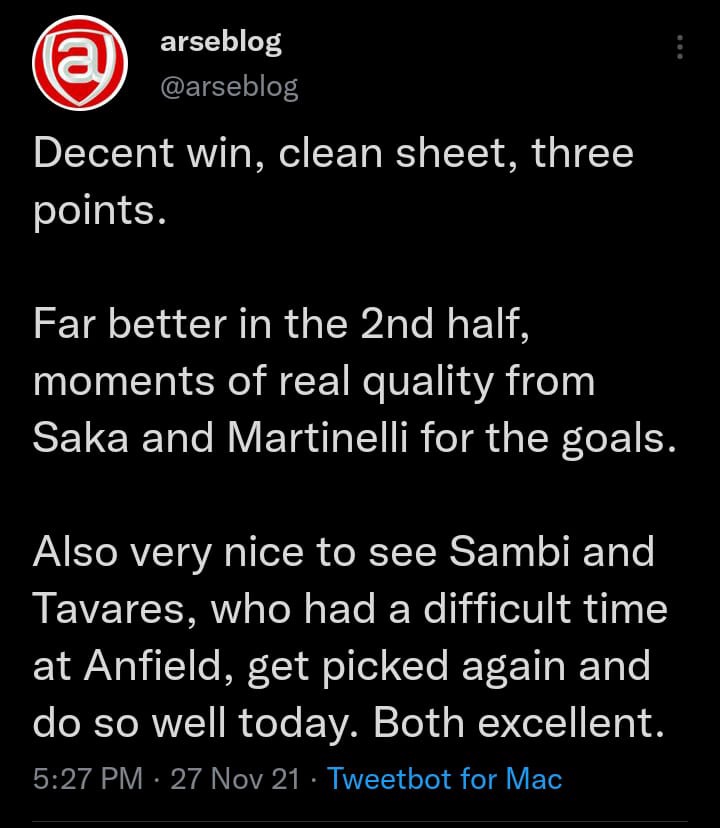 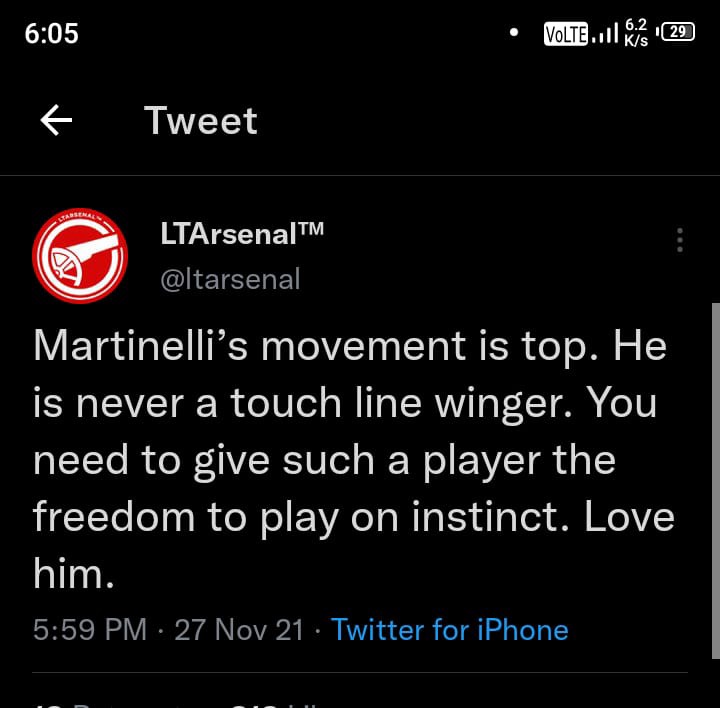 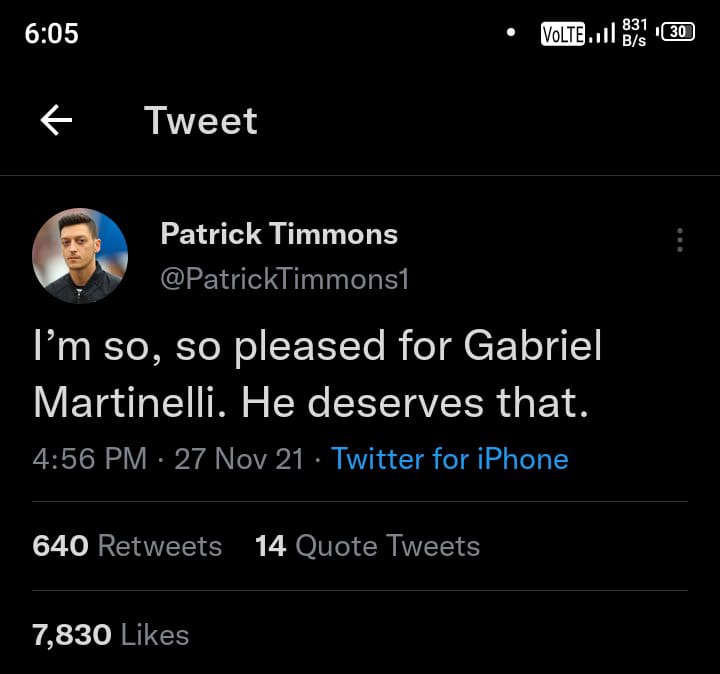