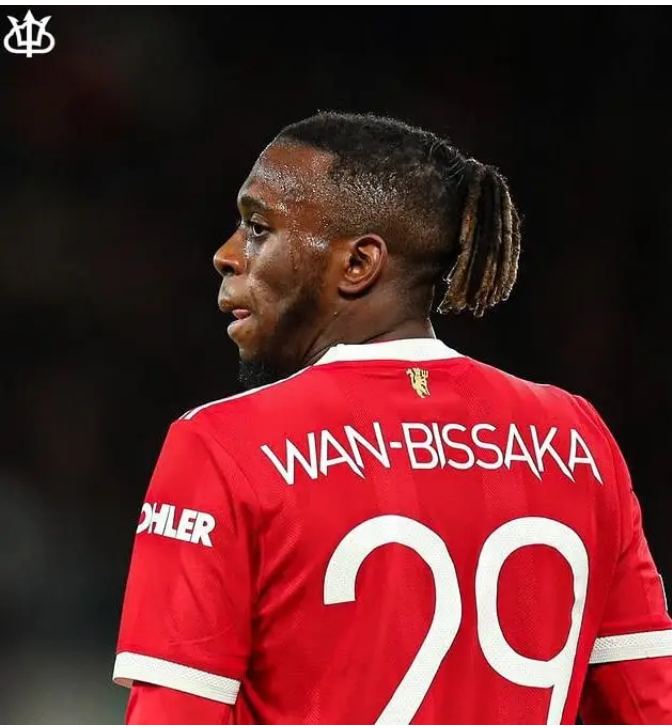 Manchester United is one of the most successful clubs in both Europe and worldwide due to number of trophies the club have won some years ago.

Most of these trophies were won under the Scottish manager Sir Alex Ferguson who dominated the premier league by that time.

But since Sir Alex retired the club has not been performing to their level best with only four cups won; three under Jose Mourinho and One under Louis Van Gaal.

Different managers have tried but have not succeeded to an extent of some of them being sacked without even a single trophy for example David Moyes and Ole Gunnar Solskjaer.

Recently United have agreed to take Ajax coach Erik Ten Hag who has performed very well in the Dutch league and is expected to make a huge rebuild in the current squad.

The Dutch is going to take charge of the team from the summer holidays and more players are expected to leave as new ones brought in.

One of the players who are set to leave is Aaron Wan-Bissaka who is said is not in the manager's plans according to reports. 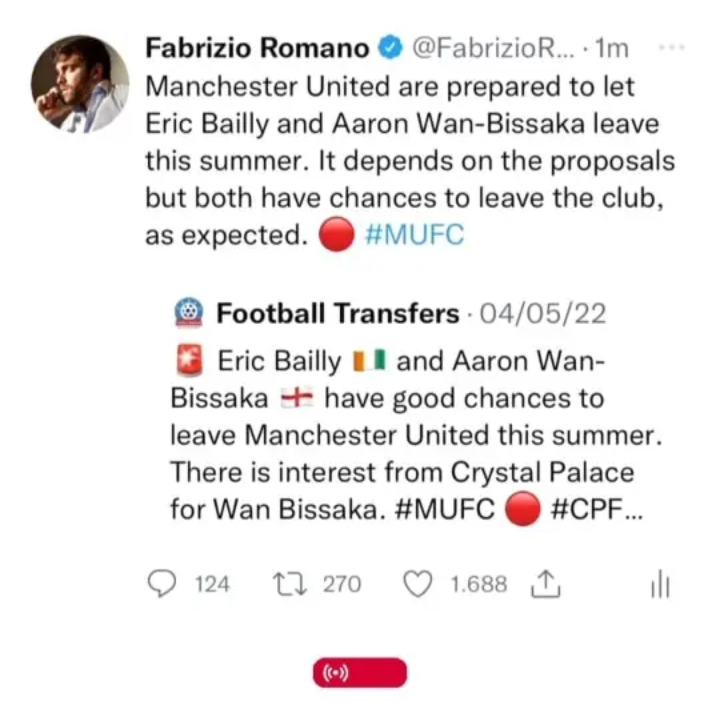 According to Italian football journalist Fabrizio Romano who is one of the most reliable sources for football updates, United are prepared to let both Erick Bailly and Wan-Bissaka to leave in the summer.

The England international is expected to join his former club Crystal palace who also have interest in him.