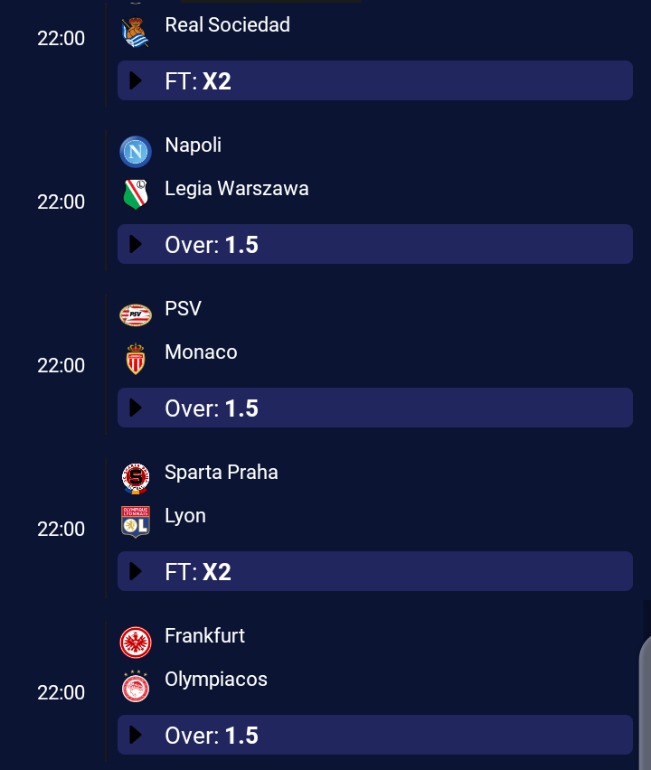 The game will begin quarter to 8pm in the evening. These two games have not played together since. However, while playing with other teams, Both if the teams have won four times.

From their previous games together, Lazio have won three times while Marseille have only won once. Their next game will be played quarter to 8pm in the evening.

The game will begin at exactly 10pm in the evening. From their previous last four games together, Lyon have won three times while their last game was a draw.

The two games have no record of their last played games. However, while playing with other teams, West Ham have won four of five times. On the other hand, Genk have only won once.

Their game will begin at 10pm in the evening. From their last two games together, Napoli have won both games with more goals.

The game will begin at exactly 10pm in the evening. This will be their first game together. However, while playing together, both have won three of the last five times.

The game will begin at exactly 10pm in the evening. From their previous last gives games, PSV have won two times while Monaco have won one time.

Prediction: PSV to 2 win or draw.