Former Barcelona captain Lionel Messi won his seventh Ballon d'Or last night. Most of the football fans were against this and suggest that Bayern Munich, Robert Lewandowski deserved to win this precious award. However, for the winner to be announced several aspects were checked and not only goals. Most football fans argued that Lewandowski deserved the award because he had scored more goals than Messi. 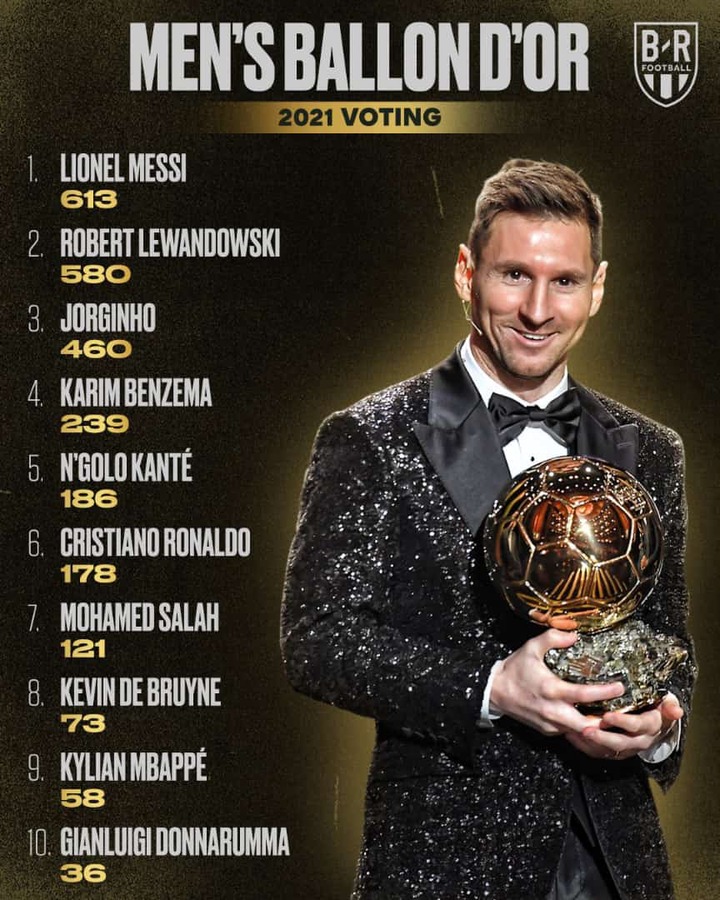 Lionel Messi received 613 votes while Robert Lewandowski received 580 votes. Only selected journalists, captains, and national team coaches were allowed to vote. The following aspects were checked before selecting the winner of the best individual football player of the year. Some of the aspects used to determine the winner included the number of goals scored, assists, shots on target, big chances created, tackles, recoveries among others. 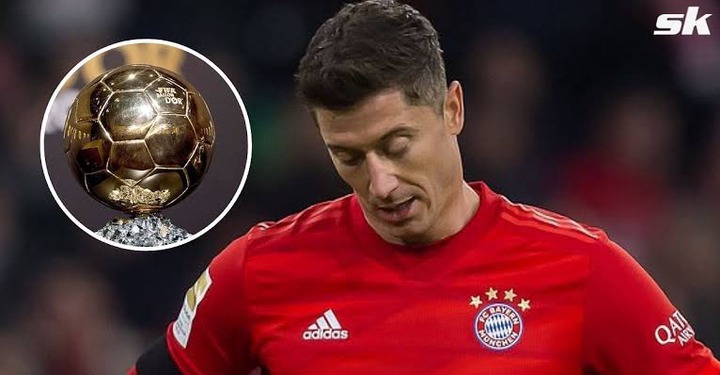 Lionel Messi was defeated, Lewandowski in all other aspects except the number of goals. He scored 54 goals while Messi only managed to score 40 goals. Check out the full statistics below. 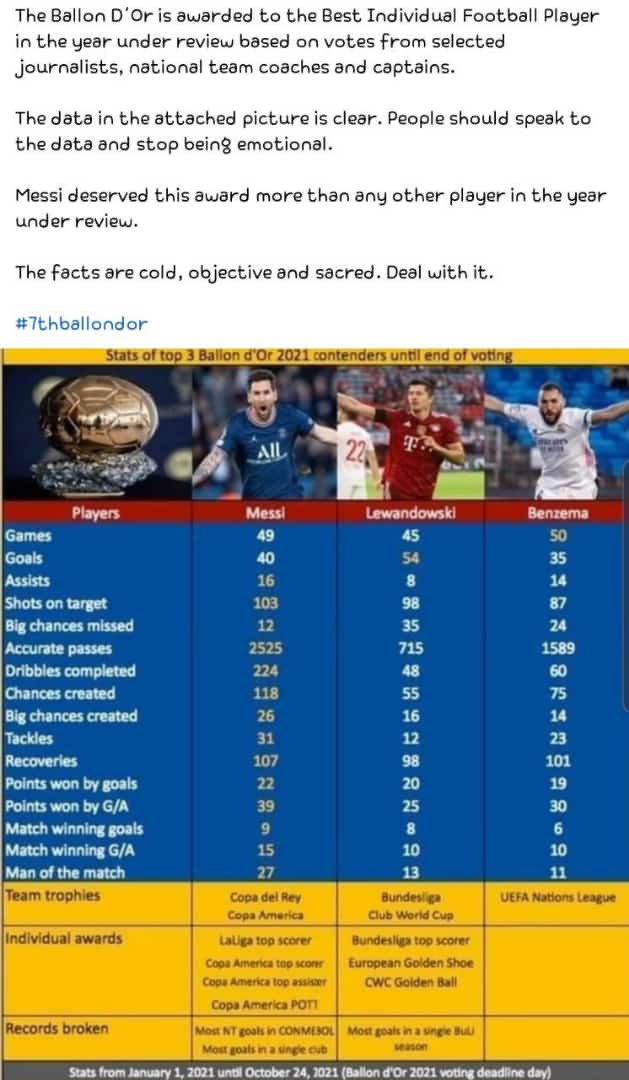 Forget About Presidency, This Is The Powerful Position Mudavadi Might Be Given If UDA Wins Election