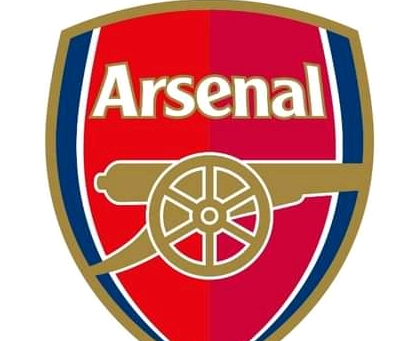 Arsenal Manager has finally broken silence After a 2-1 defeat by Everton at Goodison Park by claiming that he is very disappointed. Arteta agreed that Arsenal did not have enough penetration or threat on the opponents goal and were too inconsistent with Ball. Odegaard claimed that Arsenal have a mindset problem where they are afraid to lose the 1-0 lead and failed to go for the second goal in a worry admission as The Gunners slipped to a third consecutive away defeat. 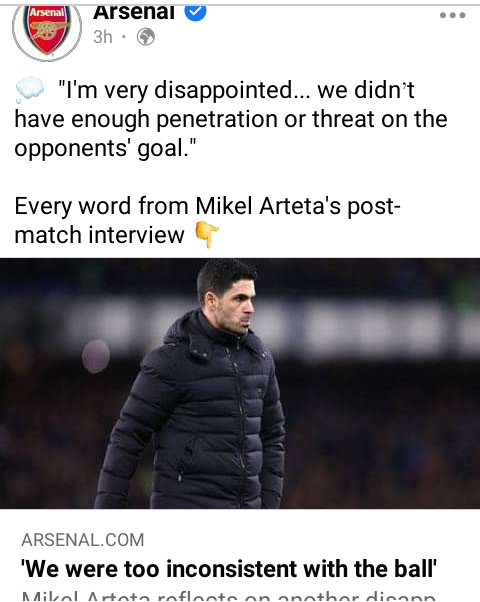 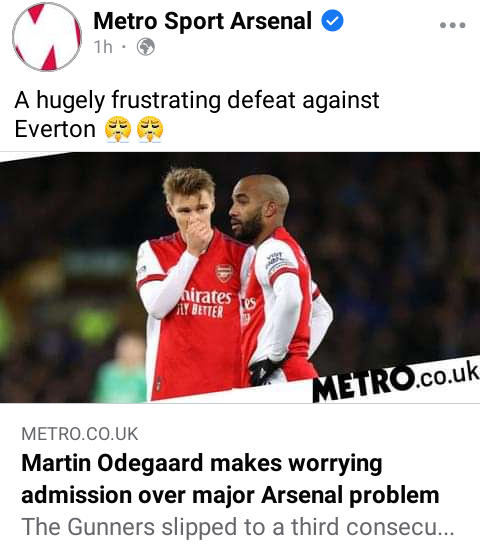 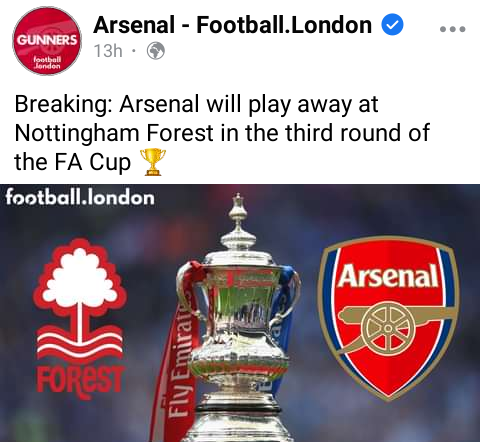 The Gunners have been paired away to Nottingham Forest in the FA Cup third round. Arsenal Midfielder Thomas Partey has bruttally rated his own performance at Emirates at 4 out of 10 because there is moments he admitted to lose focus and everything goes down. Partey admitted that he have to get better inorder to deliver more for the club & is focused on improving his performance this season. 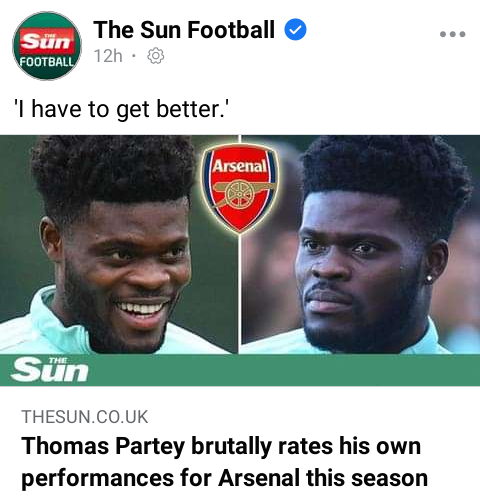 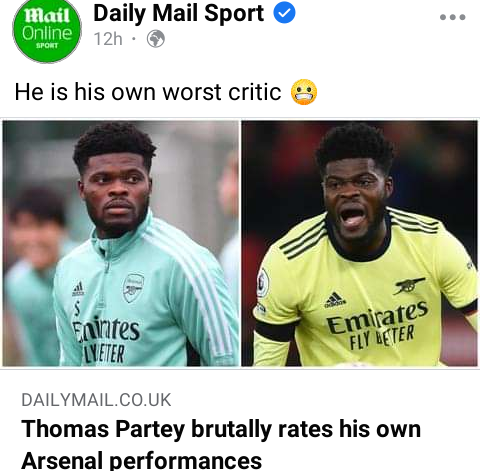 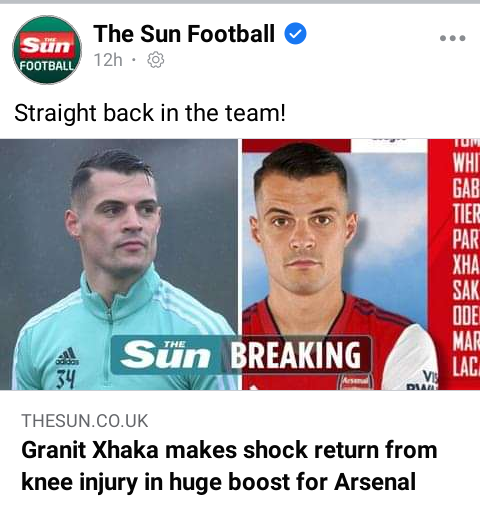 3: Arsenal Have Agreed To Send Baligun Away on Loan in January As Xhaka Make Shock Return

Arsenal midfielder Granit Xhaka made shock return yesterday after starting for Gunners against Everton where he played sharp football although he had recently recovered from Knee Ligament injury. Arsenal have reportedly agreed to send Folarin Balogun out on loan in January transfer window after impressing with Arsenal U23's, so that he could get first team experience and playtime. 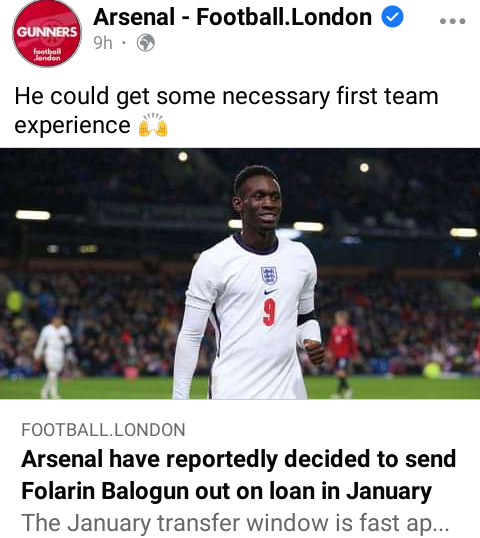 Well Analyzed Match To Place On And Earn Handsomely

4 Accurately Predicted Matches To Bank On This Thursday.